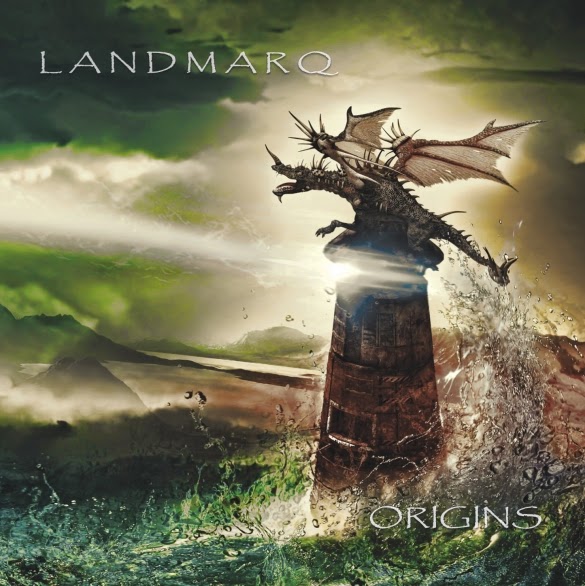 London, UK - As they approach their 25th anniversary year in 2015, UK Prog-rockers Landmarq will be releasing their first ever anthology – a compilation of some of the best of the band's work from 1991 to the present - 'Origins: A Landmarq Anthology 1991-2014'

Since it's formation in London in 1990, London-based prog-rock band Landmarq has so far released nine albums, two of which have been recorded live at various concerts in the UK and Europe and a third live CD taken from the DVD 'Turbulence – Live In Poland'.  The band soon firmly established itself within the world of progressive rock, though their appeal extended beyond these boundaries to a more mainstream audience. After three well-received albums, original lead singer Damian Wilson left to pursue a solo career and was replaced by award-winning vocalist Tracy Hitchings.

Disc One – 'The Tracy Years' features a mix of studio and live recordings from Landmarq with Tracy Hitchings, plus a brand new track, also entitled “Origins”. This previously unreleased track was written and recorded by the band especially for this release and has been produced by Landmarq’s own multi-award-winning keyboard player and producer, Mike Varty.

This stunning collection from Landmarq's significant back catalogue, plus the exclusive brand new song “Origins”, is sure to appeal to existing fans of all eras of the band, as well as serving as a great introduction for anyone discovering Landmarq for the first time.

DISC ONE - THE TRACY YEARS