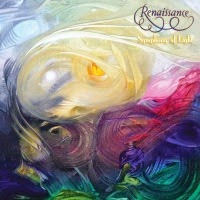 Renaissance originally formed back in 1969, and to date, through an evolution of in excess of 30 musicians, they have released 14 studio albums from the self-titled debut in 1969 to the current release, Symphony of Light, 2014. This release follows hard on the heels of Grandine il Vento, released in 2013, and is the same album re-issued plus 3 bonus tracks, one of which is in tribute to Michael Dunford, who passed away after the recording of last years’ album.

The best way to describe the music of Renaissance would be that of symphonic prog and using the adjective majestic would fit in there somewhere as well. The band that recorded the majority of Symphony of Light was a six piece, comprising Annie Haslam (lead vocals), Michael Dunford (guitars), David J Keyes (bass), Rave Tesar (keyboards), Frank Pagano (drums, percussion) and Jason Hart (keyboards) plus some help from Ian Anderson (flute) and John Wetton (vocals).

Renaissance disbanded a few times in their existence, but the latest reincarnation of the band has been active since 2010. They released an EP, The Mystic and the Muse, in that year, and then toured, playing two of their classic albums, Turn of the Cards (1974) and Scheherezade (1975), which was then followed by the release of the CD/DVD of the tour. Symphony of Light, as mentioned, contains a tribute track, specially written by Annie and Rave, “Renaissance Man,” to the late Michael Dunford.

Symphony of Light is an 11 track album with a total playing time of around 67 minutes. The opening, and title track, “Symphony of Light” is the longest on offer at just over 12 minutes (12:08) and the last track, “Renaissance Man” is the shortest at 3:27 minutes.

Opening tracks have a huge weight on their shoulders, as they determine, even if subconsciously, an opinion as to what the album is like. “Symphony of Light” (12:08) is an excellent start to this album, with the emotional, powerful voice of Annie Haslam towering over a background of “strings.” The starting passage is one of those that can set the neck hairs tingling before around 2 minutes, the sound drops away to return with a chiming bell, superb keyboards and simple acoustic guitar. Annie’s voice reappears   above this enhanced background and the track moves on and builds. A change at 4 minutes takes the track in a slightly different direction and the tempo is “upped” by a few degrees. This then leads back into the keyboard/guitar and that voice before a piano gently supplies a little theme in the background and at 6 minutes the piano then gets a chance to “show off.” A very gentle, almost classical, theme then evolves into a “fairground” style keyboard burst before the gentler piano theme returns. Guitar, backed by “strings” then carries the track onto a more urgent staccato style session with sweeping piano ripples. Around 10:30 minutes, there is a return to the earlier guitar/piano/”strings” theme with the return of Annie’s vocal. A stunning opening track ends with just the “strings” and that superb lead vocal.

“Grandine il Vento” (6:29), or “Hail the Wind,” is another stunning chunk of symphonic prog, starting with a keyboard intro heralding the entrance of the superb lead voice supplied by Annie. The background continues to build with some majestic piano melodies and moves into an almost theatrical, operatic style around the 1:45 minute point, which reminded me of the recent release, Invicta, by The Enid. This track dips and soars with some excellent phases from both singer and keyboards and is another very satisfying track.

A continuation of the theatrical symphonic style is apparent on “The Mystic and the Muse” (7:50), which contains all of the previous elements, emotion drenched vocals, stunning keyboards, with a powerful, yet unobtrusive rhythm engine, some shimmering “strings” and subtle interjections of guitar passages, providing an atmospheric soundscape.

The final track on Symphony of Light, “Renaissance Man” (3:27), which is the tribute track, is a very emotionally tinged affair with subdued piano, “strings” and Annie’s voice. “Renaissance Man” is a simple and short but very powerful tribute, which ends a spectacular album.

Having not really kept a close eye, or should that be ear, on Renaissance from the early albums (Turn and Scheherezde mentioned earlier, and the single in 1978, “Northern Lights”), this album has made me think of returning to check out the band’s back catalogue. There are no “fillers” on this album and I would heartily recommend Symphony of Light to anyone who appreciates symphonic prog. The album certainly gets the “One to Buy” sticker, so try to get a listen to this majestic album and then create a small space on your CD shelf to allow it to feel at home.

Key Tracks:  Symphony Of Light, Grandine il Vento, The Mystic and the Muse