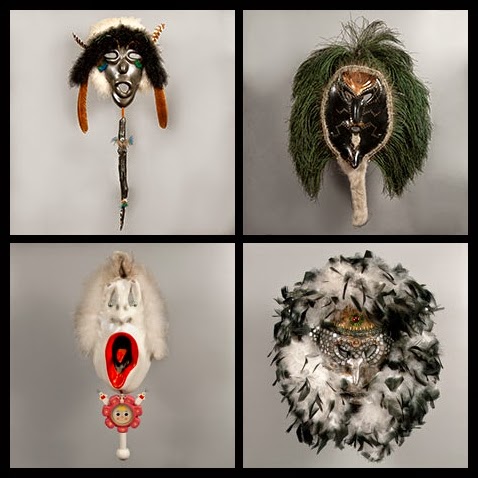 Asheville, NC - Much to the excitement of guitarists worldwide, guitar icon Zoot Horn Rollo (Bill Harkleroad), best known for his work with Capt. Beefheart's Magic Band, has made four new tracks, 'The Mask Tracks', available for the first time since the release of his critically acclaimed CD “We Saw a Bozo Under the Sea” in 2001.

“These four pieces are the musical representation of masks that my friend Roger Evers created. Therefore, the titles are simply the images of these incredible masks.” - Zoot Horn Rollo
​
The other players who made this happen:
Mark Schneider: Bass
Jason Palmer: Drums
Sergei Teleshev: Accordion
Brian McWhorter: Trumpet

Check out samples of the tracks on Zoot Horn Rollo's music page. You can also purchase them in the store.

Bill Harkleroad joined Captain Beefheart's Magic Band at a time when they were changing from a straight ahead blues band into something completely different. Through the vision of Don Van Vliet (Captain Beefheart) they created a new form of music, which many at the time considered atonal and difficult, yet over the years has continued to exert a powerful influence!

Beefheart re-christened Harkleroad as Zoot Horn Rollo, and they embarked on recording one of the classic albums of all time, 'Trout Mask Replica'; produced by legendary Frank Zappa, the album remains an unparalleled work of musical inventiveness. Further LPs like 'Lick My Decals Off Baby', 'Spotlight Kid' and 'Clear Spot' highlighted what a truly innovative band they were, and what an outstanding original guitarist Bill Harkleroad had become!

Says Tom Wheeler, Former Editor in Chief, Guitar Player Magazine, “The music Bill Harkleroad has created in recent years somehow evokes the earthiness and passion that made rock and roll so sensual in, say, 1956, and made surf music so irresistibly catchy in 1963, and turned 3-chord country standards into some of the most heartbreaking poetry ever to seep out of a roadhouse jukebox. His music would never be mistaken for vintage rock or surf or country, but it shares a soul connection with those styles, even while, like the music of Jimi Hendrix, it takes us not only to new places but to places we didn’t even know existed.”