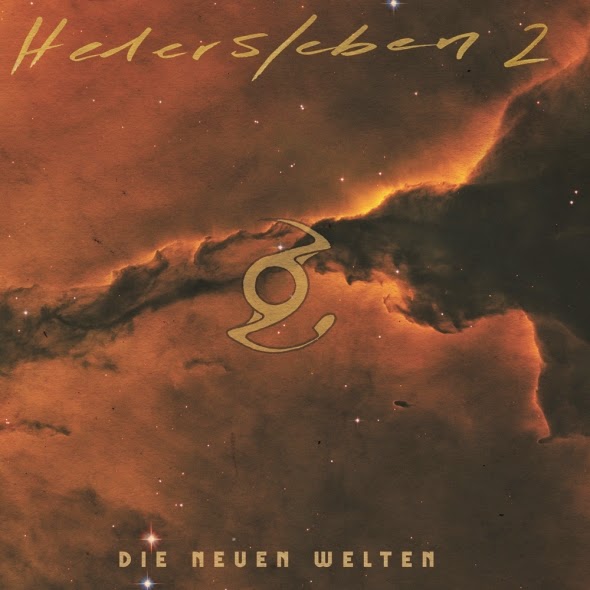 San Francisco, CA – Hedersleben, the cosmic Krautrock outfit from Oakland, California, featuring UK Subs member Nicky Garratt, are set to release their second album, ‘Die Neuen Welten,’ on August 26th, 2014. Hedersleben originated through the paradoxical paths of playing clubs in the streets of Oakland and The Kosmische Musik Zentrum Projekt in Hedersleben, Germany. In their first year, they have recorded two full-length albums as Hedersleben and gone on to record with the likes of Brainticket and Hawkwind’s Nik Turner. Hedersleben were featured on the new Brainticket album with founding member Joel Vandroogenbroeck (due for release later this year) co-writing a number of pieces, and various members played on Nik Turner’s acclaimed album, ‘Space Gypsy.’ In 2013 Hedersleben went on tour with Nik Turner, both as his backing band and opening act. These sonic explorers of the universe are keeping busy; late August will see them again joining Hawkwind’s Nik Turner on the late Summer/early Fall tour of North America. On the 2014 North American tour, Hedersleben will back Nik Turner as well as promote their new album, ‘Die Neuen Welten,” while introducing new pieces from their next record, ‘The Fall of Chronopolis,’ due to be recorded in 2015.

Says Nicky Garratt, "The past year has been the most musically rewarding for me since 1977. Aside from working with legendary progressive artists, it is a great sense of relief to have a universe of musical possibilities ahead."

Die Neuen Welten ( THE NEW WORLDS ) -  In 2009, Nasa launched the Kepler space telescope. Kepler discovered nearly 1,000 confirmed extrasolar planets in 76 star systems and thousands more that are yet un-confirmed. Die Neuen Welten is an aural expedition into this unveiled realm of new worlds out there in the darkness.

Hedersleben on tour with Nik Turner (Opening and backing band)