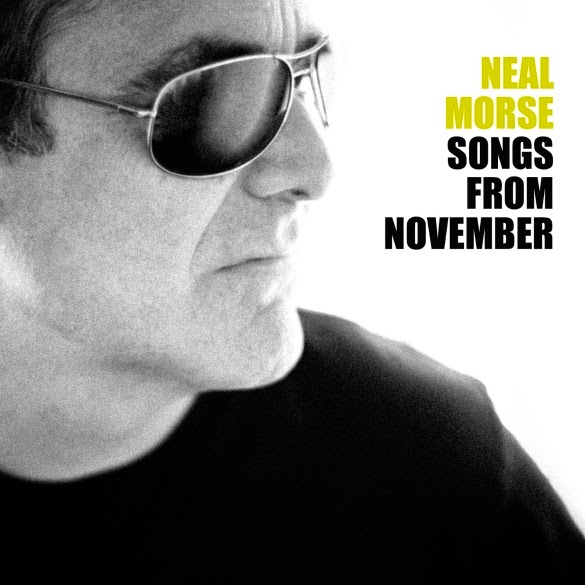 Cross Plains, TN – Much to the excitement of Prog fans worldwide, Neal Morse will be releasing his eagerly anticipated new solo album 'Songs From November' on Aug. 19, 2014! Even a style as broad and accepting as Progressive Rock has its boundaries. Prog icon Neal Morse decided to break that mold and create a challenging new album. 'Songs From November' may be his bravest outing to date. Musically, creatively, and production-wise, it’s like nothing he’s ever done. Can you handle it?! It’s an album of “normal” songs! Songs even your friends might like!

Says Neal, “I listen to a lot of different kinds of music for various occasions…prog albums when I really want to focus on intricate music…sometimes jazz and classical. But many times I find myself attracted to 'feel good' singer-songwriter albums like a Jackson Browne or Graham Nash record. So one day I thought to myself…I'd like to make an album like that! 'Songs From November' is that album.”

Morse wrote most of the songs during a flood of ideas in November, 2013. He recalls, “They just kept pouring out that month…I don't really know why…but it was great!” After the epic Transatlantic world tour was completed in March 2014, Morse set out to make 'November' a reality. And he would craft it differently than anything before.

Says Neal, “I could've gotten together with a bunch of studio musicians in Nashville and banged this thing out, but I felt like the thing to do was to get together with this young drummer named Gabe Klein and work on it as a team. He is only 18 years old and amazing! We had a great time recording these songs and many more. We actually recorded twice as many songs as we needed and picked the best ones. It was the first time I've ever done that and it was very fruitful. I sent out 21 songs to a bunch of different people that I trust and chose from their lists. So that was also a totally new approach for me.”

The final 11 songs are among the best that Neal has ever composed – and the most surprising you will hear. In reinventing himself, he was ready to explore uncharted territory. Are you?

'Songs From November' is Produced by Neal Morse and Engineered and Mastered by Rich Mouser.