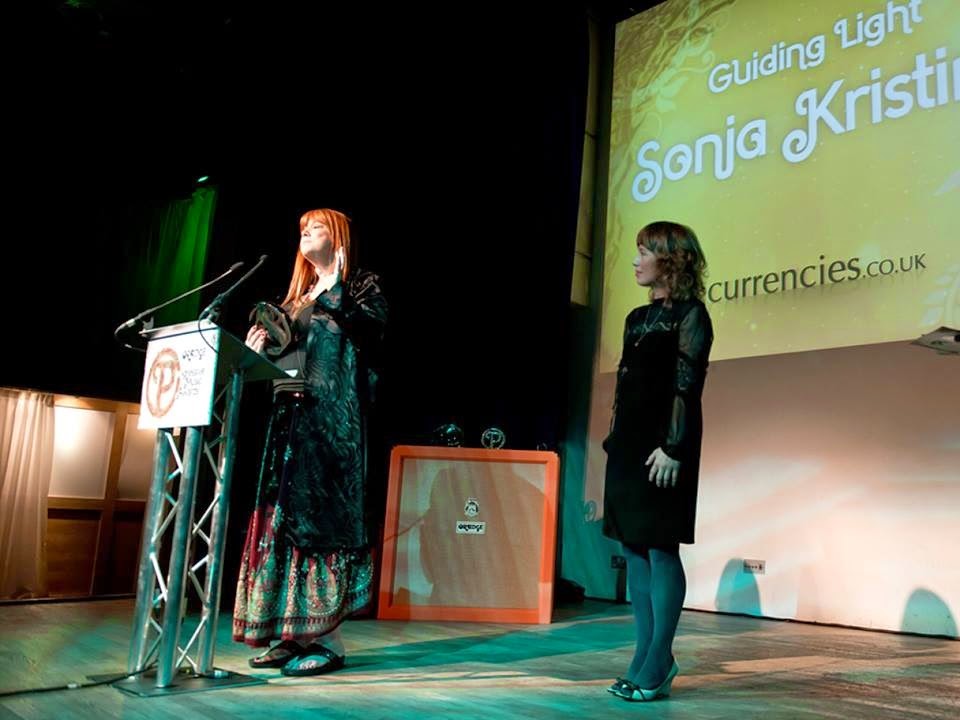 London, UK - Sonja Kristina has been honoured at the prestigious PROG Magazine Awards night held at the Globe Theatre in London.

Sonja Kristina said “It is a great honour to receive The Guiding Light Award. I didn't think very far ahead when I first started out but I feel very blessed now after so many years to be still creating and releasing new albums and performing with such superb musicians in Curved Air. I always did love the camaraderie of being on the road and the alchemy of performance.”

PROG editor Jerry Ewing added “The Guiding Light Award is for those artists who offer inspiration through their actions. As one of the leading ladies of a genre once thought of as very much a male domain, Sonja has been a pioneering spirit in the prog world, and an inspiration to the now many female artists in the genre who have followed on. I cannot think of a better suited recipient.”

Curved Air has been going from strength to strength ‎since the recent release of the band's first studio album to feature new material in nearly 40 years, NORTH STAR.

The band had previously released LIVE ATMOSPHERE and will shortly embark on a UK tour ahead of a worldwide tour in 2015.