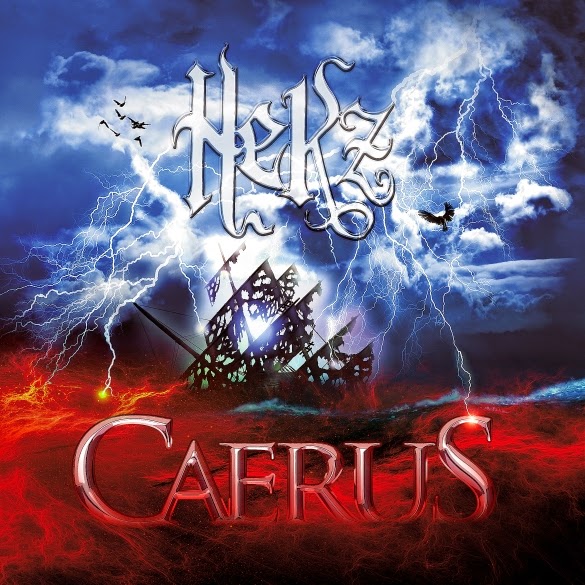 London, UK - Prog Metal is alive and well in the UK with HeKz's exciting new second release titled CAERUS! Drawing influences in equal parts from heavy metal legends and prog rock luminaries, HeKz seek to take the original progressive metal blueprint and rewrite it for themselves. As ever, the song is king, a trait which sets them apart from many of their peers.

HeKz's debut album TABULA RASA laid a firm foundation, and now follow up effort CAERUS sees the band striving to fuse the two contrasting elements of their sound to produce something truly unique. The familiar cornerstones of the band's style are still present; the commanding vocal delivery of Matt Young and the characteristic twin guitars of Al Beveridge and Tom Smith are this time augmented by the addition of James Messenger's swirling synths and chunky Hammond, all kept in line by the tasteful and precise drumming of Kirk Brandham.

CAERUS is an album of firsts for the band, most notably it marks their debut as a five-piece, alongside a supporting cast of guest musicians including renowned cellist Audrey Riley. This sophomore album is also the first from HeKz to receive a label release, as it will be coming out on the band's own BMH Audio label via Cherry Red Records. Featuring 9 new original tracks, CAERUS will be supported with widespread touring by the band.

Here's what the press have been raving about HeKz:

“HeKz have produced a confident & expansive progressive metal album that should set them up well for a bright future. The songs are accessible & immediate. A splendid debut indeed.” - ROCK SOCIETY magazine

“Imagine Yes and The Darkness writing Tolkien-esque fantasy together over some well-matured ales and you'd have HeKz's brand of confidence-slathered, riff-driven prog metal bombast … Absolutely guaranteed to be the most fun you'll have in weeks!” - TERRORIZER Magazine

“Prog metal with a refreshing edge – none of the mainland Euro metal cliches you get on many albums – and it bodes very well indeed for this band’s future.” - Get Ready To Rock

“There was a good reason that HeKz made it onto my 'best of 2012'. Simply the music shows great maturity and should stand the test of time.” - Dave De La Haye - Breakfast In America, Phoenix Radio

“It's refreshing that a band so young are not frightened to attempt to create material of such complexity.” - MetalDiscovery.com