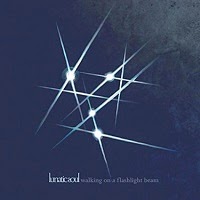 There is a magical quality to music and some musicians know how to tap into the magic.  Lunatic Soul is a band that knows how to do this.  Walking on a Flashlight Beam is a phenomenal experience to behold and it is because of this magical quality, which can paint pictures in the listener’s mind that can rival those hanging on the walls on the world’s museums and affect the emotions the way lines from a poem can.  It makes for an experience that lingers.

Formed in 2008, Lunatic Soul is the side project of Mariuz Duda, the vocalist and bassist for the Polish progressive rock band Riverside.  Duda (vocals, bass and acoustic guitars, ukulele, keyboards, percussions) is accompanied by Wawrzyniec Dramowicz (drums) on Walking on a Flashlight Beam, Lunatic Soul’s fourth release.  This nine track album is a work of great art.  The music is dark, intricate, intense, harmonious, and much more, while the vocals are soulful, sparse, and powerful.

Walking on a Flashlight Beam is a wondrous album that gets off to a grand start and never lowers the bar.  The haunting “Shutting Out the Sun” lures the listener with its sounds of waves crashing onto a beach.  Its slow, brooding build-up creates a great, dark atmosphere.  There is a sense of tension and foreboding that is heightened every time a new sound is introduced, exquisitely building on each other, and behind it all is a portrayal of tragic beauty.  With its great energy and soothing vocals, “Cold” starts out with a dark atmosphere reminiscent of the previous song, but morphs into a lighter and less foreboding one.  The song has a magical quality to its music that will keep you coming back for more.

“Gutter” is a sprawling epic of a song.  The vocals are absolutely top notch, and probably the best on the album.  There is a sense of the mystery running throughout the song, and there is a sense of being on an adventurous journey. “Star Sellotaped” is a short, spacey interlude that calls to mind visions of the cosmos. “The Fear Within” enriches and expands upon the atmosphere of the previous songs. The music is creepy and unsettling, making for an all-around haunting song.

Showing off a lighter side, “Treehouse” is a brilliant, emotional, and understated.  Breaking with the dark atmosphere of the previous songs, “Treehouse” is has a hopeful air about it and the music is calm and embodies images of joy.  Nothing short of being a grand song, “Pygmalion’s Ladder” is a progressive rock masterpiece.  The music is intricate and complex, displaying the wide range of influence and creativity that Lunatic Soul brings to the table.  It is poetry in the form of music.  “Sky Drawn in Crayon” is an ethereal and ambient song.  It definitely sends out positive vibes and a warm, comforting atmosphere.

Capping the album off is the title track, “Walking on a Flashlight Beam.”  It reveals in its majestic atmosphere and it is a thing of beauty.

Lunatic Soul’s Walking on a Flashlight Beam is an absolute gem of an album.  Once again, the progressive rock genre proves itself to be at the forefront of making outstanding music.  This album is nothing but top notch quality and is easily one of the top albums of the year for me.  I think that once you listen to it that you will agree too.

Key Tracks: Shutting Out the Sun, The Fear Within, Pygmalion’s Ladder