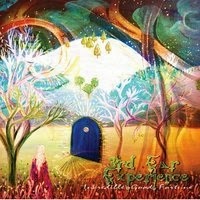 3rd Ear Experience is a new band to me, but as always there is that feeling of nervous anticipation just before the music escapes from the speakers. The band has been described as a “genuine” space rock band, who record musical improvisations in a little studio in the highlands of Joshua Tree/Mojave Desert. The band has already released 2 albums, Peacock Black (2013) and BOI (2013), prior to this release, Incredible Good Fortune.

The band is currently a 6 piece group with some guests also involved in the recording of the current release. Amritakripa (synth, voice), Robbi Robb (guitars, voice), Jorge Bassman (bass), Erik Mouness (drums, percussion), Alan Swanson (keyboards) and Eric Ryan (guitars) form the basic band with John Whoolilurie (saxophone), Billy Shire (mouth organ), Roger Arnold (flute), Bobby Moses Nichols (guitar) and Don Lombardo (percussion) also helping out. In effect, 3rd Ear Experience is more of a project or collective as the line-up depends on which musicians are, or are not, available at the time.

Incredible Good Fortune is a 5 track album with a running time of around 76 minutes, making it a fairly long album. The shortest track on offer, track 4, “White Bee” is still over 8 minutes in length (8:12) with all the other tracks in excess of 10 minutes, and the opening track, “Tools,” being the longest at 19:33 minutes.

“Tools” (19:33) has a very gentle guitar passage as an intro with some subtle synth tweaks in the background. The powerhouse of the band, the drum and bass pairing, starts to fill in the spaces until the track is motoring along. The guitar then comes to the fore again with a mesmerizing repetitive riff and the overall feel to the music thus far is very spacey, almost like a cleaned-up version of those space veterans, Hawkwind.  There appears a superb lead guitar passage which soars above everything and carries the track onwards. Soon time is made available for the organ and it delicately weaves in and out of proceedings. The track gives the feeling that there are some pre-arranged bits but there is plenty of leeway for some out and out improvisation. This is one of those tracks that seems to give more to the listener with repeated plays and the entrance of the sax was entirely unexpected. A slight nod to a more heavy rock styling creeps in and maintains the listener’s interest. It is difficult to easily express what this track is all about, but floaty, spacey and sometimes heavy, seems just about right.

“One” (18:09) has a spacey start with bass and synths setting the aural scenario with a haunting riff playing and a slow build-up to a full band workout. The upfront driving bass and drums with the tweaking/twiddling synths again lean toward the sound of Hawkwind. The very dreamy, echoed vocals suit this track perfectly. There is a terrific contrast between the driving and the quieter passages within this track. This track seems to follow the first with the feeling of pre-arranged and improvised areas. Both guitar and synth get a chance to shine before the long atmospheric fade-out.

“Parsley” (17:33), has a stunning guitar and eastern style rhythmical drumming setting the scene for the third long track. Guitar driven early on in the track, there is then a passage if very intriguing Indian style chanting before allowing the guitar back in. Synths behind the chanting work very well as the track launches into a frenzy. The track swings between Eastern and Western sounds before there is another long fade-out.

The shortest track, “White Bee” (8:12) starts with percussion and swathes of synths with an almost ethereal like vocalization. This is a much gentler floating track and is very relaxing. Lulled into a false sense of security, the band seem to waken up and crank up the volume to take the song out, as it slowly returns to the more gentle starting point.

The final track, “Shaman’s Dream” (11:31), has a synth start which leads to a full band involvement and at times, the music seems almost at odds with itself but the superb playing of all involved ensures that this does not happen. Some extremely powerful Native American chanting appears but is soon replaced by a driving guitar. The chanting passage returns for a second time and then the sound seems to be stripped back and the vocals give a hint of Bowie, before the full band strives to take the band out.

Incredible Good Fortune was an unexpectedly pleasant listening experience. The sound ebbed and flowed throughout, constantly drawing the listener in and maintaining the interest. It is not always a good thing to describe a band as sounding like another, but 3rd Ear Band, on this display are the nearest thing I have heard to Hawkwind for a very long time, and the musicians should take that as a huge complement.

Have a listen to this album and you will find yourself going out to hunt down and buy a copy.  This is an excellent album by a very interesting band.

Review Provided By Write A Music Review
By Keith "MuzikMan" Hannaleck at January 17, 2015