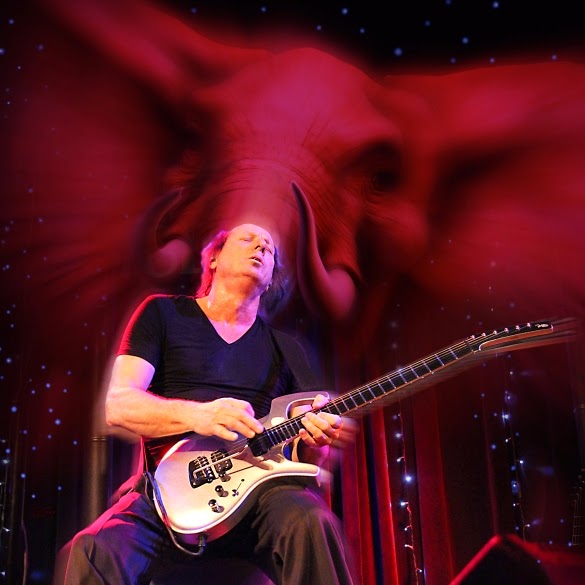 Nashville, TN - Guitar legend Adrian Belew has just released his newest music – and it’s like nothing you’ve experienced before. FLUX by belew™ is music that is never the same twice...think about that for a moment. This new revolution in music provides listeners with a mobile “listening experience” that blends music and art all in one accessible iOS application. Now you have access to hundreds of combinations of new Adrian Belew songs, snippets and sound bites that have been cut up, randomized and reassembled in a way that's surprising and unique. The app embodies the future of technology and taps into what we love most about the Internet and social media: it’s always changing and moving forward. Developed in Amsterdam by MOBGEN and recorded by Belew himself, the musical roulette engine within FLUX by belew randomly connects sounds and beautiful visuals together using different algorithms to produce endless variations.

“I wanted to involve art and nature in the recordings – not just songs and music but also the feeling of life itself, where things are different all the time,” says Belew. He intends to keep adding to FLUX to make it truly an ever-evolving experience.

Adrian’s newest music in the FLUX by belew app is currently available for iPhones and iPads through the iTunes store for $9.99.
For more information go to: http://bit.ly/flux_belew

FLUX:FX is a multi-effect audio processor app for the iPad that lets you ‘play’ your effects. Innovative, intuitive and exciting, FLUX:FX lets you manipulate any audio signal into something entirely new, and redefines the possibilities of audio design and live performance in an app with an almost unlimited range of effect options. FLUX:FX is a truly authentic digital platform for designing your sound. Featuring more than 30 modular effects blocks, a master Performance view with 1-touch interaction, an advanced Edit view with multi-touch and full assignment possibilities, and an innovative Sequencer view to bring motion to the audio signal, this app allows the user to easily create previously unheard sounds. Fully compatible with Audiobus, Inter-App Audio and MIDI, FLUX:FX is made to connect seamlessly with existing live rigs and studio workflows.

Full details on the FLUX:FX application can be found at flux.noii.se, and tutorial videos can be seen here.

ABOUT ADRIAN BELEW
Adrian Belew is the world’s greatest experimental whammy twang bar, czar rhino, stunt guitarist extraordinaire. With a resume that features some of the biggest names in music including David Bowie, Frank Zappa, Nine Inch Nails, King Crimson, Talking Heads, Paul Simon and Tori Amos, Adrian is famous for pushing the boundaries of the guitar in both technical and tonal exploration. Today, Adrian Belew lives in Nashville, TN, touring the world and focusing on music and visual art that expands into the digital world through his latest creations, FLUX by belew and FLUX:FX.