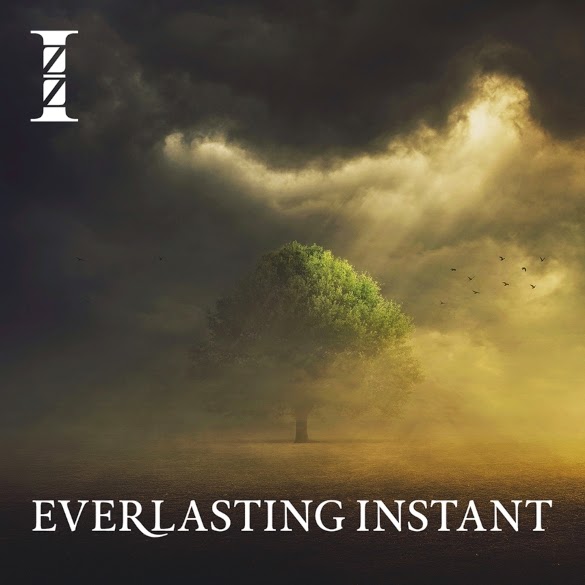 New York, NY – IZZ’s new studio album, Everlasting Instant, is scheduled for release on April 7, 2015 and serves as the final installment of a three-part series of albums that began with The Darkened Room in 2009 and continued with Crush of Night in 2012.  Everlasting Instant concludes this epic thematic arc with a fresh palette of sounds, all the while maintaining the sharp and memorable melodies that have become a hallmark of the band.

From the syncopated rhythms and unpredictable meter changes of Can’t Feel the Earth, Part IV, to the through-composed nature of Keep Away, to the uplifting drama of Sincerest Life, the fearlessly modern sound of IZZ continues to surprise at every turn.

Tom Galgano, IZZ’s keyboardist and vocalist who continues his roles as producer and engineer for this album, regards Everlasting Instant as a fitting culmination of the musical themes presented throughout the last two IZZ albums, “Many of the melodies, rhythms and lyrics on Everlasting Instant began as seeds on the two previous albums and they have undoubtedly come to fruition on this new release. Listeners will recognize these subtle variations on prior themes and will also be presented with an exciting new collection of musical ideas.”

The stunning voices of Anmarie Byrnes (lead vocals on “Like a Straight Line”) and Laura Meade (lead vocals on “If It’s True”) are the most present they have ever been on an IZZ release. Contributing lead and harmony vocals throughout the entire album, Byrnes and Meade add a color that makes the IZZ sound on Everlasting Instant even more unique.

Tom Galgano’s keyboard prowess is in full force as he takes masterful solos in “Start Again” and “Own the Mystery” as well as exhibiting superb classical piano work in “The Three Seers.” Guitarist Paul Bremner’s inimitable style continues to be on display in Everlasting Instant as he takes hold of the listener’s attention in tracks such as “Can’t Feel the Earth, Part IV” where his acrobatic style is in firm focus.

John Galgano’s bass provides solid footing to “Sincerest Life” and “Can’t Feel the Earth, Part IV” where his melodic approach to the bass is brought to the fore. The drumming/percussion team of Brian Coralian and Greg DiMiceli, well-known for their unique, yet complementary playing styles, continue to create a one-of-a-kind rhythm section as evidenced in songs like “The Everlasting Instant” (featuring Brian Coralian)  and “Sincerest Life” (featuring Greg DiMiceli).

The IZZ line-up for Everlasting Instant is:

IZZ’s Everlasting Instant will be available for purchase at Amazon, iTunes and all online music retailers.