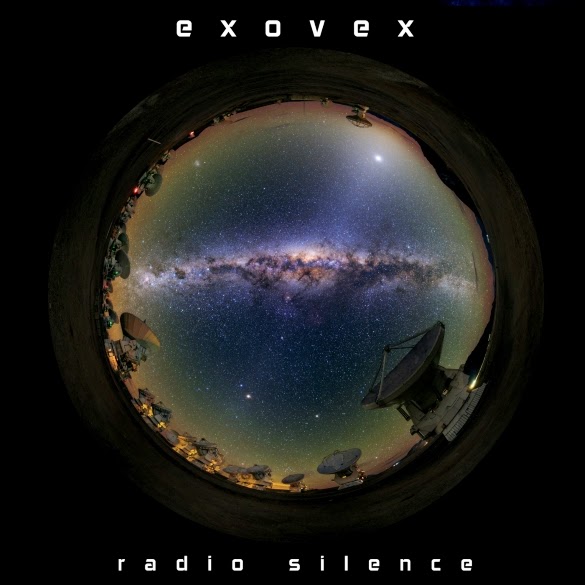 Two and half years in the making Radio Silence was completed in February of this year. The album's musical style reflects progressive rock icons of the past while staying firmly rooted in the modern art rock genre. There is a broad range of influences in the music, but echoes of Pink Floyd and David Gilmour can be heard in several of the album's tracks. The cover of the album features stunning works of art by Babak Tafreshi, an award winning photographer working with National Geographic, Sky&Telescope Magazine, and the European Southern Observatory.

Says Simmons about the concept behind the album, “The central theme of the album focuses on the downward spiral and ultimate demise of a man due to the psychological and physical effects of a long term, self-imposed isolation. The songs on the album are a sequence of events, which document his thought processes and eventual deterioration. They are snapshots in time that speak to personal circumstances that drive us to make life-changing decisions...both good and bad. The central figure in the story chooses a solitary life in a remote location only to find that he is unable to come back when he realizes his needs are still unfulfilled by his seclusion. Although the storyline of Radio Silence is set in the near future, it is roughly based on the life events of Sibond Alleman, a recluse, who lived in residence at Chateau d’Uriage in 14th century France. A great deal of the emotional content and lyrics for the album comes from my time spent as an expatriate in Europe and living in Chateau d’Uriage.”

In regards to the guest artists, Simmons explains, “In each case, I asked the guys to do whatever they thought would best serve the song, I gave them complete creative control over their contributions to the recording. These musicians are amazing artists, and I don't think they would have delivered the great performances that they did had I tried to control the process more. That unknown creative variable was critical for me because it made the effort a true collaboration. Chance, chaos and the unknown can produce beautiful results if you can just let it happen. That's more difficult than it sounds”.

Radio Silence has an approximate running time of 44 minutes and was mixed by multi-platinum award winning mixing engineer Steve Hardy. The album was mastered by Andy VanDette, at Engine Room Audio, in New York. Andy's mastering credits are too numerous to list here, but they include David Bowie, Deep Purple, Rush, Beastie Boys, Porcupine Tree (In Absentia and Deadwing) as well as Steven Wilson's first solo project Insurgentes.

About the Exovex sound, Simmons comments, “I have a broad range of influences with great appreciation for the work of artists like Steven Wilson, Peter Gabriel and David Gilmour. There are certainly degrees of influence by those artists in my music…some greater than others”. Simmons is particularly influenced by the progressive rock icon Pink Floyd and reverently reflects Gilmouresque melody and phrasing as a guitarist. As singer, songwriter, guitarist and front man for several bands since the early nineties, Simmons covered a wide spectrum of musical genres ranging from progressive art rock to jazz and funk.

The concept of an “unknown creative variable” led Simmons to conceive the name Exovex. A known function in mathematics can be written as f(x) (pronounced “F of X”). In the f(x) scenario, you know exactly what will happen to the resulting number because that function (f) is defined. On the other hand, if you have x(x) (pronounced “X of X” or “Exovex”) you are dealing with an unknown function (x) so you have no idea what the resulting output will be.

The Exovex debut album Radio Silence was released in March 2015 on iTunes and BitTorrent as a downloadable Bundle. A special limited CD edition is now available exclusively through www.exovex.com.