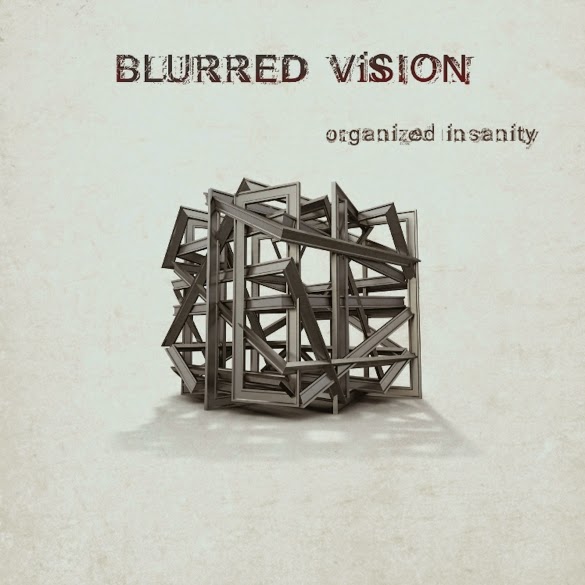 Easy to see why a band whose young career began with the support and endorsement of Pink Floyd founder Roger Waters, is being hailed as an iconic band in the making with their debut album.

Blurred Vision release their debut album 'Organized Insanity' on April 6, signed to a worldwide distribution deal through Cherry Red Records (UK). 'Organized Insanity' reveals personal stories of the modern day culture of relationships and love, while also touching on controversial themes of war, politics, religion, and the state of the music scene today. Produced by multi platinum selling producer Terry Brown, the band's unique style varies from the progressive and psychedelic rock of the 70’s, the mystical and exotic sounds and melodies of the Mid East, to an amalgamation of contemporary and unique new Rock ‘N’ Roll songs with memorable hooks and great pop sensibilities.

Says Sepp, “When we wrote 'Organized Insanity' we knew right away it was a title that would define our debut album. It not only depicted the personal relationships we were in at the time that were inspiring some of the songs on the record, but also the broader more global theme of the struggles our generation faces in our world today. Relationships, Love, war, religion, politics...all formed to make what is the first chapter of our band's musical story.”

UK music writer Malcolm Dome, writes in the latest issue of Prog Magazine (UK): “...a debut album that will surely be one of the best of 2015.” Full article here: http://prog.teamrock.com/reviews/2015-03-06/blurred-vision-organized-insanity

Blurred Vision will head out on tour with British Rock legends Uriah Heep in late April, opening for the iconic group on a 10 date run across the UK.