From The Heat Of Australia Comes ‘The Violence Of Ice’, The New Single From Rhett May 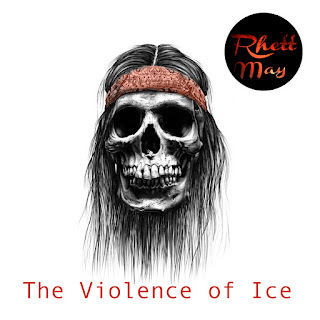 Primarily influenced by the classic song writing of John Lennon, the Beatles and the Rolling Stones, Rhett May is a rock writer who has moulded his own sound over several decades in the industry. His self-produced rock is simple, raw and home-made – without over-the-top production but with plenty to say about May’s take on the modern world.

Having spent a large part of his childhood in Calcutta, India, his guitar led songs are infused with the sounds of the Indian streets, giving his music a different flavour to the majority of current, cookie cutter rock music. By blending classic sensibilities with a twist of Indian culture, he has created a string of upcoming singles, the first of which will be ‘The Violence of Ice’ – out October 2nd.

With a musical career which spans back to the seventies when his band Lucifer supported legendary rock band Queen, Rhett May is a voice of experience in a rock world which has become increasingly shallow. He’s toured the world, seen the music industry from the inside, and watched the dark side of the business consume those around him.

Throughout those experiences, Rhett May continually turned away the excesses of the industry, choosing instead to write his own story as opposed to those who fell into the clutches of addiction. His is a positive message, song writing influenced by a wide and varied back story which took him from an orphanage at seven years old, to the streets of Calcutta in India, to settling in Melbourne, Australia as part of Lucifer.

It’s a lifetime of stories that shape Rhett May’s song writing, not to mention his work ethic – both musically and personally – which sees him answering every piece of fan mail individually.

And come the release of ‘The Violence of Ice’ on October 2nd, we suspect he’ll be answering plenty more.