Free From Gravity Are Set To Release New Single 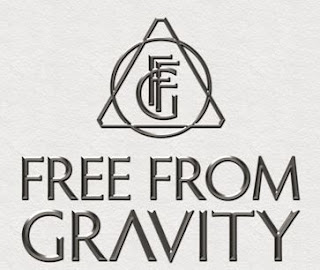 Portsmouth rockers Free From Gravity are about to release their wonderfully positive message of overcoming life struggles in a melodically addictive new song called “The Long Road”.

Blending in perfectly elements of classic rock from the 60s and 70s with the more chilled out 90s interpretations a la Bluetones the song has already become quite a sensation in the online community. Music blog Go Hard Magazine has described the lyrics as “emotional, compassionate and inspirational” while music website JamSphere reads: “I don’t know if Vince Barnes has studied music, but he is clearly evolving from a songwriter into a true composer, and the result is extremely satisfying.”

“The Lond Road” was inspired by Vince’s mum’s battle with cancer which she bravely overcame. As a reminder of the hardships life can put on people, it is ultimately a confirmation of positivity and optimism, encouraging anyone who is in recovery to stay strong. Many of the band’s fans can relate to the lyrics and singer Vince remembers a sober alcoholic coming up to him once after gig, telling him how much the song means to him.

Free From Gravity are no strangers to great live performance, having played in front of up to 4000 people in the past and getting a couple of hundred Spanish fans singing along to their songs at a gig abroad. Apart from the success they have accomplished with their own concerts, the four-piece, consisting of Vince Barnes, TJ Jackson, Jason Gray and Lewis Trickett, has supported bands such as the Pat McManus Band or Mark Morris of Bluetones and worked with people such as Andy Mitchel of The Yardbirds.

The band, whose name was inspired by a WonderBra advert which said “Free Yourself From Gravity”, is showing
resemblance to some of the major players in 20th century music ranging from The Eagles to The Who. Next to being excellent songwriters, instrumentalists and performers Free From Gravity are a group that adopted an approach to getting their music heard which is driven by passion and a go-getting spirit. “We perform guerrilla gigs where we pitch up and play at a venue or on the street. We are handing out flyers as we play”, explains Vince who is a professional when it comes to DIY and self-promotion.

With a combination of this kind of work ethic and a dedication to good songs the lads are on a steady and way up!