Contemporary Progressive Rock Review: Golden Caves-Bring Me To The Water 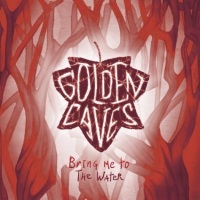 Golden Caves is an example of the new generation of progressive bands, in that the members of the band were all students at Codarts (Rotterdam) which is an arts university. They met at the institution back in 2013 and got together, releasing a debut EP in the December of the year and then started playing live in and around Rotterdam.

The first single “My Demons Hunt” was issued in April 2015 and then the band shifted their priorities and concentrated on graduating. At the end of 2015, the second single “Bring Me To The Water” was recorded. This appeared as an EP. together with re-mastered versions of earlier material the band had written. The aim of the band is to perform more live gigs this year and to produce a full length debut album in 2017.

Golden Caves is a 5 piece band comprising Alex Ouwehand (guitars), Romy Ouwerkerk (vocals), Eri Stein (drums), Elise Polman (keyboards) and Tim Wensink (bass). Although this is the info issued with the review copy of the EP and listed the band’s website, one of the videos I was viewing definitely had Romy, as she was singing, but was also playing the keyboards in the studio.
The EP. Bring Me To The Water, is a 7 track release with a total playing time of around 34 minutes, with all the tracks falling into the 4+ or 5+ minutes in length.

The opening track on the release, “Bring Me To The Water” (5:01), starts off fairly gently, highlighting the drums and bass in the band (Erik and Tim), and then they are joined by the clear vocals provided by Romy. The band builds to a fuller sound around the 1 minute point with some excellent guitar work by Alex and some subtle keyboards by Elise. The powerful chorus is instantly memorable and the track is a very fine opening statement by the band.

The second track is the first single that the band released, “My Demons Hunt” (4:21) and opens with an almost classical piano theme. The vocals provided by Romy fit the music like a glove and the exquisite guitar themes by Alex complement the atmosphere of the track. This is a slower ballad style track that shows the versatility of the band, and is, again, an excellent piece of music.

“Hey You” (4:56) moves in another direction whilst highlighting the superb bass playing and also heralds a harder, heavier tone to what has gone before. The fourth track “Colors” (5:29) has the soaring guitar and the subtle keyboards tucked in behind, before moving into a gentler, flowing passage with the crystal clear vocals again a highlight, until the heavier element of the band edges in and takes pride of place.

The next track up shows another string to the band’s bow as “Nature” (4:35) has an almost South American feel to the keyboard introduction and this leads into the penultimate track, “Strangers” (5:29). This has more of the excellent guitar work and great voice, forming a superb flowing piece of music with some excellent harmonizing prior to the guitar taking off again.

The finale to the release, “Exhilaration” (4:22), opens with some stunning piano and atmospheric wind effects which are then joined by some chimes as the track slowly builds. The vocals seem electronically treated and the effect adds to the atmospherics of the track. Around the halfway point, the drums and bass are more prominent and as the track ends, the listener is left with the feeling that they have just heard a band that oozes potential.

All in all, Bring Me To The Water is an excellent advert for the band, Golden Caves. The 7 tracks show the range of ability within the band and it leaves this reviewer looking forward, admittedly over a year into the future, to the release of the debut, full length album.

There are superb skills on show from all members of the band, and after a couple of hearings, the subtle hooks on the tracks are firmly embedded into your mind.

Key Tracks: Bring Me To The Water, Colors, Exhilaration