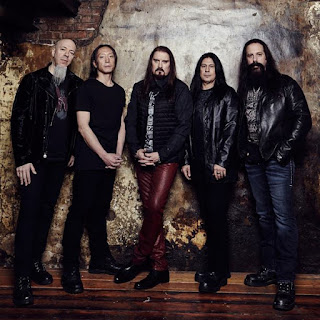 It had been over 3.5 years since I saw Dream Theater play live. For this fan it was an exceedingly long time. I regret not going to the Boston show that was captured on DVD with the orchestra but that is gone and here we are. Once again siting in our seats (for the ninth time) waiting for what I consider to be the greatest band in the world.

I have to thank Jordan Rudess for getting us backstage again. He has been very gracious over the years and he and the band have made me and my son feel like we are not just fans, but part of the Dream Theater family. Many thanks out to Jordan and John Petrucci for taking the time for conversation, some pics and signing my program as well. It was unfortunate we missed the rest of the band this time, as we had to get on the road for our journey home and go to work the next day.

I went to this concert with a bit more anticipation than all the others because for only the second time I would get to see an entire album played from start to finish. The first time was in 2005 when Judas Priest covered their classic British Steel album. After hearing the new double concept album, The Astonishing, I knew we would be in for a special performance. 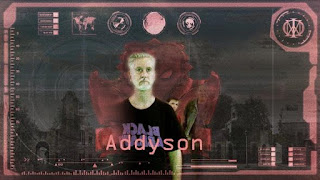 The new album is Dream Theater chugging along on all cylinders and sometimes the wheels are off the ground entirely! When we arrived at the beautiful Palace Theater, one of my favorite venues, there was the giant replica of a Nomac. These are the devices in the album story that the civilization were fighting. Everyone that decided to, including myself, got in front of the device to get a real cool picture taken that will be on the band’s site. Then we made our way to our seats which was on the left in the orchestra section only three rows back. These were the best seats we ever had at a DT concert and we were absolutely thrilled. I immediately noticed the stage setting. It looked very colorful and hi-tech. I took note how with each successive show I have attended, particularly since the Constant Motion tour, they have kicked it up another notch to provide some visual treats for their audience. This of course comes with continued success and an ever growing worldwide fan base. I cannot think of a better group of people more deserving than this band.

If you want to know the set list just look at the new album The Astonishing and do not expect an encore it is more than enough music for one sitting. It is a brilliant album with an equally amazing live presentation you will not forget.

What I came realize in a big way on this night was just how heavy this album is. In a live setting and being so close to the stage and those speakers directly to our left against the wall really put everything into another dimension. It gives it another perspective entirely and all of it really hits home, the story and the music. The music is intense and complex, absolutely progressive, starting and stopping then changing from pacifying and soft, to fast and brutal, to match the lyrics. It would be interesting to see a full length movie of this story with their album as the soundtrack.

We were to the right of Petrucci, very close, and seeing him so intensely focused and committed to the music was a joy to witness. Everyone in the band is an incredible talent and you can’t help looking at them all as they play.

If you are a progressive metal enthusiast you must catch this show, it is truly amazing and once again proves why Dream Theater sits atop the music mountain in their respective genre and will continue to for years to come.