Rare Albums By GUNHILL feat. John Lawton “Nightheat / One Over The Eight” Now Re-Released and OUT NOW! 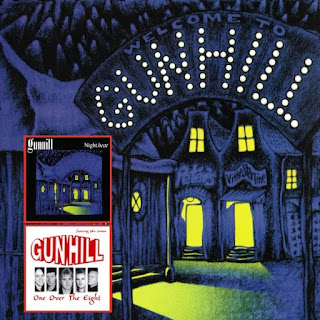 London, UK - GUNHILL is a band from the 90's which featured JOHN LAWTON, the former lead singer of URIAH HEEP. This twofer collects together the cassette / fan club ONLY release ONE OVER THE EIGHT and the long since out of print and VIRTUALLY IMPOSSIBLE to find second album NIGHTHEAT!

Both discs feature bonus tracks with the intention of making this set the COMPREHENSIVE collection of all the Gunhill studio recordings!

This re-release has been prepared with the full input of JOHN LAWTON personally and has had a 2016 remaster.

“These two CDs are part of my musical history when I played together with some fine musicians, some quite young and some a bit more experienced. It was an opportunity to cover some tracks that I look back on as really great songs and a few original tracks that have stood the test of time.” - John Lawton