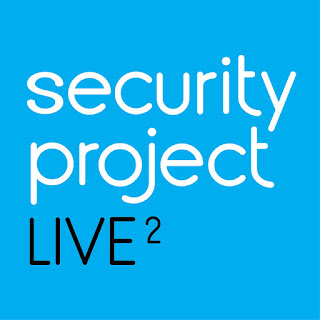 Seattle, WA – On the heels of their critically acclaimed release “Live 1”, the Security Project will be releasing their follow-up album “Live 2” on October 21, 2016! Members of King Crimson, Shriekback and Gabriel's original band bring these genre-less masterpieces into the 21st Century. Seattleites Trey Gunn and Michael Cozzi join esteemed drummer Jerry Marotta and NY keyboardist David Jameson to harness the core of these songs. Added to the pedigree of these players is the voice of Brian Cummins. His interpretations add haunting authenticity to the immaculate arrangements.

“The Security Project Live is a beautifully reverential and creative reinterpretation of these Peter Gabriel classics!” – Kevin Killen, engineer of Gabriel's “So” record

Here's what the press have raved about the Security Project's “Live 1”:

“Strong marks go to this unique project that will appeal to Peter Gabriel fans and progressive rock aficionados. This is a live album, but the level of musicianship among the band members makes that easy to forget until hearing the audience applause following the tracks. Writing as a Gabriel fan myself, the telling fact is that I’ll probably play Live 1 more often than I play Gabriel's own recent reinventions.” – Jeff Elbel, IE Magazine

“The Security Project has captured not only the sonic details of Gabriel's music but also the revered artist’s quirkiness.” – Cryptic Rock

“The Security Project expertly reimagines Peter Gabriel's groundbreaking early output, creating an immersive experience both in performance and on its debut release Live 1. The group goes far beyond conventional tribute band territory, infusing the songs with new arrangements and elements while staying true to the spirit of the material. Gabriel enthusiasts across the board will be taken by the band’s high-octane approach full of drive, determination and energy.” – Anil Prasad, Innerviews

“Somehow, like Gabriel, the Security Project's performance strikes the right esoteric balance between the tribal groove of world music and the inscrutable logic of the best progressive rock.” – Peter Lindblad, Elmore Magazine