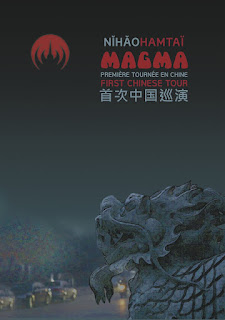 Paris - It was in 1970 that the explosive compound of a cavernous bass and a hammering beat erupted from our record players, marking Magma's blazing entry into the nascent world of French rock. Thus began a first album, quite simply entitled Magma. Today, after 46 years and thousands of live performances, Magma continues to put a spell on three generations of fans, who gather all over the world to see the cult band's thrilling live show.

In May 2015, Coralie Van Rietschoten traveled with the band on their first Chinese tour. Glimpses of Shenzhen's tropical vegetation, Beijingers exercising in public parks, and Shanghai's psychedelic city lights are interspersed with concert footage. 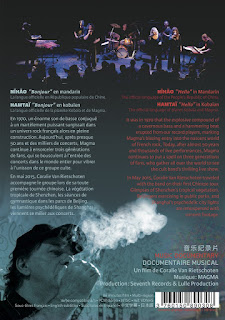