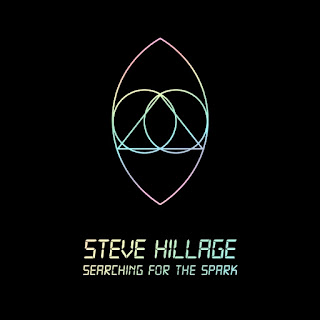 London, UK - “Searching For The Spark” is a 22-disc box set celebrating the work of award-winning guitarist, Steve Hillage.

Since he began playing guitar in the early 1960s, through his time with Gong and beyond as a solo artist and one half of System 7, Steve Hillage has embodied what it means to be a truly progressive musician.

One of the most respected and beloved players arising from the Canterbury Scene, “Searching For The Spark” shines a spotlight on his solo work, chronicling his very first recording in 1969 through to 1991's self-titled debut with System 7.

In addition to gathering his eight solo albums, “Searching For The Spark” also houses seven albums of live material and no less than four discs of demos and archive recordings, many previously unreleased, direct from Steve's own personal collection.

Musical Highlights from “Searching For The Spark” include:

* Numerous rarities from Hillage's archive of demo recordings ranging from pre-“Fish Rising” through to post- “For To Next”.

* Unfinished tracks from the '80s and numerous demos leading up to System 7 also shed new light on Hillage's pioneering work as a composer and ambient musician.

“Searching For The Spark” is an ambitious, immensely detailed retrospective.

For existing fans, it offers unprecedented access to the guitarist's archives. For the new generations coming to Hillage through his ongoing work with System 7, it provides everything needed to explore Steve's unique musical universe. For old and new admirers alike, everything from his formative years to his mature work as an unflinchingly forward-looking musician is gathered together in one truly encyclopaedic collection.

“Searching For The Spark” is nothing less than the definitive statement upon an impressively rich and diverse career.

• All eight of Hillage's classic Virgin Records solo albums – Fish Rising, L, Motivation Radio, Green, Open (and Studio Herald), Rainbow Dome Music, Open, For To Next (and its companion And Not Or) – plus bonus tracks.

• Two BBC performances from The Paris Theatre recorded in December 1976 and November 1979.

In addition there are three reproduction promo posters, two lyric booklets, a high quality enamel badge, a 60 page scrap book containing more photographs and cuttings, and a certificate of authenticity signed by Steve Hillage and his creative partner Miquette Giraudy.

To pre-order “Searching For The Spark”: http://www.madfishmusic.com/artists/steve-hillage 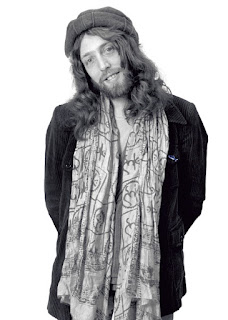