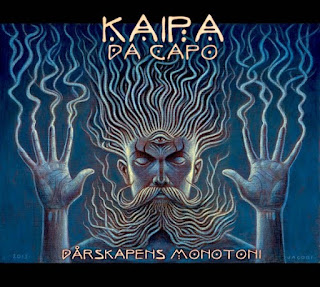 In the mid 70's the band Kaipa was one of the main acts on the Swedish music scene, alongside groups like Kebnekaise, Samla Mammas Manna, Hoola Bandoola, Bo Hansson, Made in Sweden. Four young men devoted all their time  to the band Kaipa, with regular touring and recordings between the years 1974-1978. Kaipa did many shows, over 100 each year and many live broadcasts on national radio and television. They recorded 3 albums for the DECCA label and were often compared to international contemporary giants of the genre, like Genesis, YES, Pink Floyd and Focus.

Three of the original members have now re-united and play the music from the most popular albums from their 1970's catalogue, now together with two new younger members - trying to be faithful to the vibe and  sound and 70's style. Ingemar Bergman, Tomas Eriksson and Roine Stolt carry the  torch forward from the 70's - Roine, perhaps the most well know now within progressive circles - with recent success with his own bands “Transatlantic” & “The Flower Kings” - with almost one million albums sold. Lately also as a member of Steve Hackett’s touring band  and most notably on a brand new successful collaboration with Jon Anderson of YES - “Invention of Knowledge” - released June this year to thunderous reviews. The duo are working on a follow up to that album - with possible live shows of Anderson & Stolt Orchestra in 2017.

June 2016 saw Kaipa DaCapo record brand new material for the first time in more than 35 years. This is the first full length album with new Kaipa DaCapo music from these gentlemen - recorded in a state of the art studio in a very organic and old fashion way - 5 guys playing the music together in a recording studio. 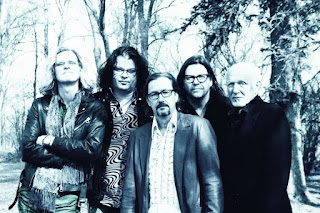