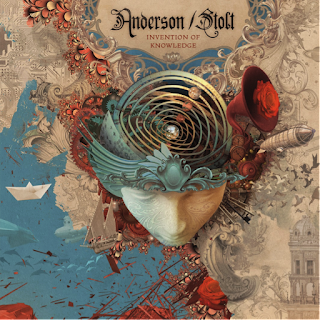 The much heralded partnership of Anderson/Stolt, featuring Prog Icon Jon Anderson (Yes) and Roine Stolt (The Flower Kings) resulted in the release of the critically acclaimed album 'Invention of Knowledge' earlier this year.  The album marked the return of Jon Anderson to the sound he created with the legendary group Yes.

InsideOut is pleased to announce that the album has also been submitted for consideration in the following categories for the 59th Grammy Awards.  Nominations will be announced Dec 6th.

Album of the Year


Catch up on the album's singles "Knowing" and "Know" here: