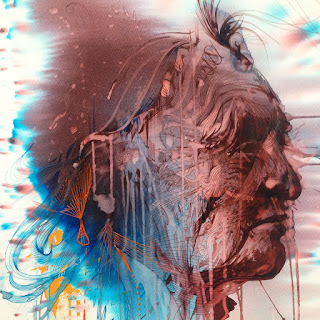 London, UK - Pre-YES music legends Mabel Greer's Toyshop has found a novel way of releasing new musical works. The band will release one track per month for eight months starting today. The songs will be initially available as downloads and buying all eight songs will qualify for a free CD and booklet at the end.

Since founding members Clive Bayley and Bob Hagger reunited, the band have written and produced this second album inside 2 years. The first offering “New Way Of Life” was co-produced by the bass player of YES, Billy Sherwood, who also featured on the album playing bass and keyboards. Tony Kaye, original organist for Mabel Greer and for YES, also played on “New Way Of Life”.

“No need to wait another year for fresh new Mabel Greer sounds, we would like our audience to slowly savor the songs one at a time, rather than trying to digest the whole album in one sitting”, said composer, singer and guitarist, Clive Bayley. “This new offering called 'The Secret' is comprised of all exciting new material, the prior album included songs written in the sixties”, added Bob Hagger.

Hugo Barré, on bass guitar, accompanies Bayley and Hagger along with a new addition to the band, Max Hunt on multiple keyboards who also co-produced this new album. What is The Secret? - Well apparently we will have to wait until the all tracks are released before finding out – an intriguing story…

The first song “Big Brother, Little Brother”, an almost 9 minute epic, laments the ongoing plight of Native American Indians. The track will be available from December 1, 2016 from https://mabelgreerstoyshop.bandcamp.com, Amazon, iTunes and all major distribution platforms.