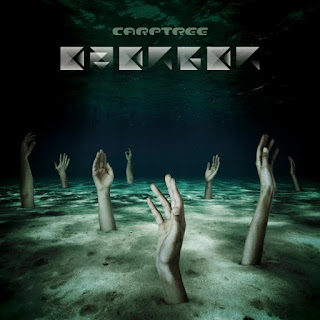 Sweden - Swedish prog ensemble Carptree will be releasing their new video titled “Fleeting Deep” in February. The track comes from their highly anticipated forthcoming album “Emerger” to be released on April 7th!

Carptree is a Swedish progressive symphonic rock duo made featuring Carl Westholm (keyboards, composer, producer) and Nicklas Flinck (vocals, composer, lyrics). Although Carptree is a duo they are almost always accompanied by the No Future Orchestra (NFO); A group of people from known and unknown other Swedish acts, who add their personal touch, more or less frequent. This is also the basis for other important people (OIP) who are also a part of the creative process in the making of a Carptree album.

Says the band, “This album was a really slow starter, we started already in 2014 with some of the songs, the first two song was 'Fleeting Deep' and 'Ultimately Lifeless' which both have taken a lot of different shapes along the process. 'Between Extremes' is also a song that has been around in different shapes for many years, first we recorded it in 2009, but was not happy and cut it down to a short version which ended up on Nymf 'Between Extremes, Prelude', then rewrote it and planned to release it as a single in 2012 but was not happy with the result. So again we rewrote it and when we recorded it with Jesper Skarin on the drums and Carl rerecorded everything with just his Fender Rhodes and organ and we were finally happy with it. That's why we wanted to release that song already in May 2016 as a Maxi single to give that special song a chance to stand on it's own.”

As always the duo used the “No Future Orchestra” on the new album, which is a loosely connected group of musicians very important to Carptree. Also on this album Jesper Skarin joined in on drums and percussion and Carl has played some bass and guitars. Except the mellotrons that are taken from a sampler software, all instruments and amplifiers on this album are analogue just as the mix and mastering.

On the CD there will be 8 songs including a remixed version of “Dwindle Into Greatness” (The B-side of the Maxi single released in May 2016) as a bonus track. The vinyl version will have the other 7 tracks and will be release approximately one month after the CD on the FOSFOR Creation label. (Two versions, Black and transparent Marine blue)

“You can´t get better music than this” - Progressiveworld.net

The progressive duo Carptree was formed in 1997 in Stockholm, Sweden, by the songwriters Niclas Flinck, vocals, and Carl Westholm, keyboards and production. Under the years 2001-2010 they released 5 albums and did some live performances. The Album "Superhero" in 2003 was the first to gain a wide popularity among prog listeners around the world. "Man made machine" in 2005 was release both on their own label FOSFOR Creation and Insideout and got an even wider distribution, then followed by "Insekt" 2007 and "Nymf" in 2010 where the latter also was released as a Vinyl LP in 2011 by Ritual echo records. Carl Westholm has apart from this project been a member of some heavy Metal acts like Candlemass, Krux and Avatarium and lately live keyboard player with Tiamat. Between 2008 and 2013 he also released three albums under the name Jupiter Society and has also played on some Declan Burke albums.

The newest member of No Future Orchestra is Jesper Skarin on drums known from Swedish acts like Vak and Switch Open and others. Even though Niclas and Carl writes and produce everything No Future Orchestra is way more than just a bunch of hired guns as they have over the years contributed a lot of creative input and support.

For all of you that long for music with  integrity and diversity, open you arms for the “Emerger”, Carptree is back! 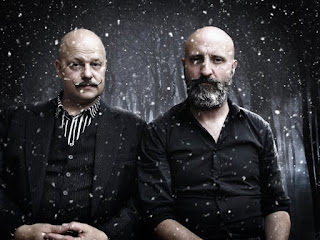