Based in the UK, the DiN label was set up by Ian Boddy in 1999 to release ambient electronica that bridges the gap between the analogue sound of the early 70's synth pioneers and the digital soundscapes of the more experimental modern exponents of electronic music.

7d Media will be handling the distribution of all DiN Records releases in the USA/Canada.

Trey Gunn says “The merger with DiN Records is an obvious one. My friend and colleague Markus Reuter has recorded many albums for DiN as well as other characters connected to my own line of work — Robert Rich, the producer Flood and others. I am very happy to be working with Ian Boddy and DiN to bring their releases into the hands of fans here in the USA/Canada."

The back catalog that is now available:

The latest release, coming out May 19, 2017, is a collaboration between Markus Reuter and Ian Boddy entitled “Memento." “Memento” (DiN52) is the fifth DiN CD collaboration between label boss Ian Boddy & renowned composer and touch guitarist Markus Reuter. They were there at the birth of DiN in 1999 with their inaugural release Distant Rituals (DiN2) and this latest work not only affectionately looks back to that album but forges ahead into new musical territory.

The album opens with the powerful tour de force of “Gyroscope” with its ever evolving guitar arpeggios and thunderous percussion. The following track “Spindrift” has a mysterious harmonic feel highlighted by Reuter’s beautiful guitar playing & Boddy’s ambient production. “Linger” & “Stay” form a pair of soundscapes where Reuter’s guitar loop ambiences are intermingled with extraordinary analogue textures from Boddy’s Serge modular synthesiser. The former provides a breathing space within the album after the two opening tracks whereas the latter brings the CD to a gentle, drifting close. The title track hearkens back to the duos first collaborative album with it’s pulsing cut up treatment of a Reuter guitar loop soundscape and perhaps informs the listener as to the nature of this “Memento”. Although Boddy often keeps in the background in terms of lead solo work when working with Reuter the track “Deadlock” features an Ondes Martenot style synth line that soars above this dark emotionally laden piece.

Once again Reuter & Boddy have proved to be a potent musical team with their balance of styles producing a complex, deep album. Effortlessly crossing genres between prog and ambient electronica it not only looks back to their roots but creates new sonic landscapes for the listener to explore. 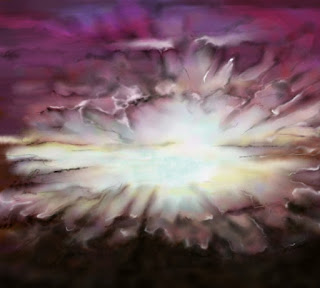