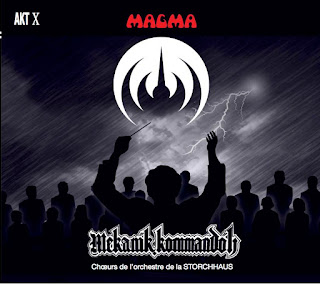 Paris - From the very first short version recorded in the summer of 1971 on the compilation album “PUISSANCE 13 + 2” to the spring 1973 version on the eponymous album, “MEKANIK DESTRUKTIW KOMMANDOH” slowly evolved over time. “MEKANIK KOMMANDOH” is the last stage before the definitive version. Recorded in January 1973, it mirrors a concert Magma put on two months earlier at the Sigma Festival in Bordeaux. In this largely acoustic rendition, the STORCHHAUS orchestra choir magnificently complements Stella's and Klaus's voices.

“MEKANIK KOMMANDOH” is now remastered and features a new cover in a digipack. 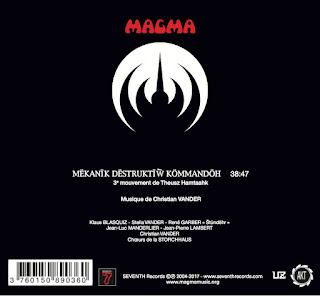 In other news:
Just released! “To Life, Death and Beyond: the Music of Magma” is a feature film that explores one of the most visionary and innovative music of the last 50 years, Magma. It takes the audience on a journey through several countries where the band has been filmed, fascinating interviews with fans and musicians, including Robert Trujillo (Metallica), Jello Biafra (Dead Kennedys), Trey Gunn (King Crimson). The film also includes an in-depth interview of the leader of the band, Christian Vander, and various musicians who were part of this extraordinary adventure over a period of more than 45 years. 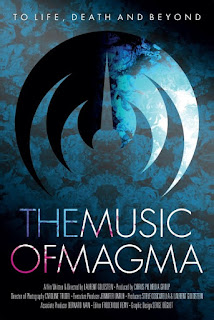