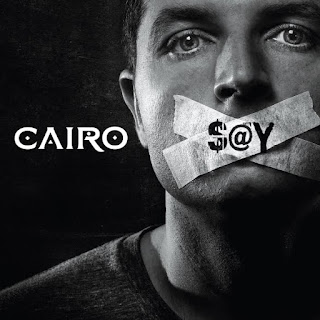 “Intriguing arrangements with amazing layers, strong vocals and blazing guitar work. I recommend this to all…” - Steve Hackett

“I very much enjoyed listening to songs from the album ‘Say’ by Rob Cottingham and his new band, CAIRO. Intriguing arrangements with amazing layers, strong vocals and blazing guitar work. I recommend this to all…” - Steve Hackett


After only a few months from launch, CAIRO was featured in the Prog Magazine Readers Poll Top Ten “Tips for 2017.” In March 2017 CAIRO won the prestigious “Best Newcomer” award at the Classic Rock Society's Best Of The Year 2016 ceremony, demonstrating that their sound reaches out to all across the broad rock spectrum.

In other news:
CAIRO is thrilled to announce that they will be playing the PROGDREAMS VII Festival at the Boerderij in Holland in the first weekend of March next year.

On behalf of the band, Rob stated: “At a personal level, I have wanted to play this venue for many years, having heard such great things about it – but never managed to get over there, so I am really looking forward to this. For the band, our Dutch market is the second biggest market for our CD sales in Europe after the UK. We have also had some stunning reviews in IOPages and Progwereld, so our music seems to be going down well over there, and we have been keen to find just such an opportunity. It will, therefore, be an absolute pleasure for Lisa, James, Paul, Graham and I to get over to Holland, make new friends and blow the roof off. We are all tremendously excited as this will also be the band’s first ever foreign jaunt – what a fantastic way to get our international gigs started.”

Listen to samples from the album: 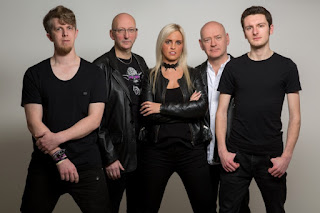