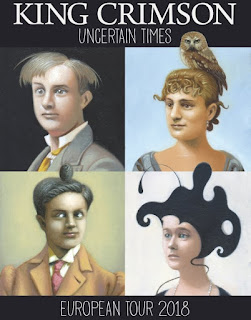 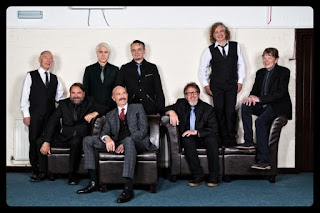 With three drummers, Pat Mastelotto, Gavin Harrison and Jeremy Stacey, as well as the return of multi-instrumentalist Bill Rieflin on keyboards, guitarist and original founding member, Robert Fripp states that this “double quartet formation” is likely to make more noise than ever before. Rounding out the eight piece line-up are guitarist and vocalist Jakko Jakszyk, long-time bassist Tony Levin, and saxophonist and flautist Mel Collins, who was a mainstay of Crim from 1970-1972. The band’s packed three-hour shows draw on material from all periods of their history, including six historic tracks that Crimson have never played live before, as well as new arrangements of Crimson classics – “the music is new whenever it was written” – and, of course, a healthy dose of new material, including the compositions for three drummers, which are a regular highlight.

Here's what the press have raved about King Crimson's summer 2017 North American tour:

“Jimi Hendrix saw them at the Marquee in 1969 and declared them to be the best band in the world. In many ways, almost half a century later, they still are.” - ERIC THIESSEN, All About Jazz.

“Fripp and his band offered an impeccable performance in two stages. No melodies, no flapping, only musicians at the top of their art.” - IAN BUSSIÈRES La Presse, Quebec

“The band finally reaps all that it has sown in its many transformations...the king is not dead, far from it, and they still rejoice.” - REJEAN BEAUCAGE, Voir.ca

“Crimson has never sounded more complete, or more joyous, on stage than it does now.” - JORDAN ZIVITZ, Montreal Gazette

“The uniqueness of seeing each of these seasoned musicians working is near indescribable and has to be experienced live to fully embrace their vision - think of eight master painters working in their own style, but on a common canvas, and you begin to get the idea of things.” - WE HEART MUSIC, Minneapolis

“On our final evening at the festival, we were witness to the concert that inevitably proved to be its highlight...The blend of mood, melody, ambiance and atmosphere dazzled the audience, which responded with frequent standing ovations.” - LEE ZIMMERMAN, Goldmine Magazine 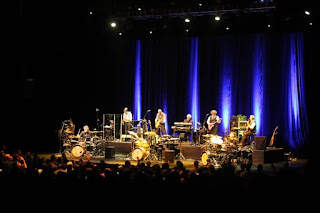