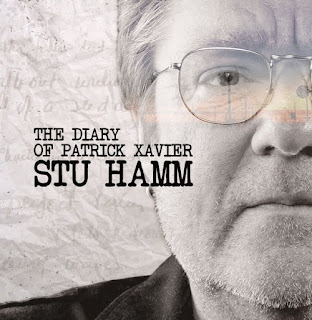 Legendary bassist Stu Hamm will be touring the US end of February in support of his highly anticipated new concept album “The Diary of Patrick Xavier”! Stu Hamm has been the go-to bass player for the world's great musicians. Time spent playing with Steve Vai and Joe Satriani has cemented his place among the greats and gave him the platform to display his pioneering bass techniques to adoring crowds worldwide.

“The Diary of Patrick Xavier”

2015 started out with a bang. My life was tossed in a blender, and I decided to go on a walkabout to sort things out. I booked as many gigs as possible and became the Flying Dutchman of bass players. Those of you who actually know me, know that I am always reading something. And, as much as I love the convenience of my Kindle, and reading comics on my iPad, nothing beats the feel and smell of actually holding a book in your hands. When I finish a book, I leave it in the seat pocket in front of me (if I'm in a plane), or hide it somewhere in the hotel room, where I hope that housekeeping won’t find it, but a bored, lonely fellow traveler might…pay it forward y'all!!

And so…I finished reading “The Shadow-Line” by Joseph Conrad on the beach in Pescara, and pedaled it back with me at the end of the day to Citta'Bianca Hotel and placed it on the bookshelf in the lobby…Then, something caught my eye…It stood out because what was written on the spine was in English. “The Diary of Patrick Xavier”. What I held in my hands was a diary of an American named Patrick Xavier who, after life changing events, had decided to travel for 18 months to find…???...and to keep a journal of his physical, emotional and spiritual journey. And now it gets weird. Although the Agent of Change that happened to Patrick was quite different from what happened to me, the experiences he was going through were just too close to my own to be ignored. We were searching for the same answers to the same questions.

Reading what he went through was heartbreaking, hilarious, inspiring, and all too familiar to me. Anyway, it was all very intriguing. This is how music is created. I came upon the idea to write songs based on P.X.'s journal entries…or at least the ones that mirrored my own experiences and that I could relate to in such a way as I could get the point of the text across musically. I won’t quote directly from his journal entries, but will give a brief description of what he wrote that moved me to write the music. Our man Patrick is a much better writer then me, or maybe…the writer I would have liked to become had my life tilted differently at key moments. The names and places have been changed to protect the guilty… the innocent can take care of themselves. - Stu Hamm

Stu Hamm has traveled the world from Boston to Belfast to Budapest, Bali and Berlin. He's performed in a 19th century circus tent with Joan Baez, and recorded a duet of “Do Right Woman” with her. HAMM  has performed with Mick Jagger, played sold out shows at Royal Albert Hall and in front of 120,000 people in Mexico City with a Mexican Rock Band.

Hamm graduated from the Berklee College of Music in Boston, where he met guitarist Steve Vai and, through him, met Joe Satriani. He played bass on Vai's 1984 debut solo album, “Flex-Able” and in 1990 Hamm was awarded the Distinguished Alumni Degree from his Alma Mater.  He has performed and recorded with Steve Vai, Joe Satriani, Eric Johnson, Michael Shenker, Frank Gambale, and many other well-respected guitarists, however, it was playing live on tour with Satriani that brought Hamm's skills to national attention. Subsequent recordings with Satriani and other rock/fusion artists along with the release of his own solo recordings (featuring keyboard player Tommy Mars, guitarists Alan Holdsworth and Robert Fripp, drummers Steve Smith and Tommy Lee), solidified his reputation as a bassist and performer. 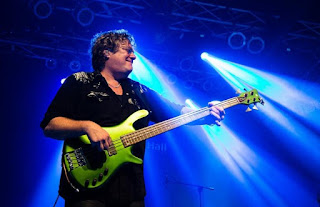