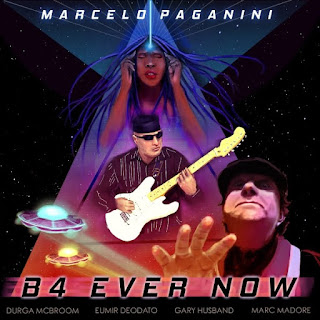 On July 2016 French-Brazilian guitar virtuoso Marcelo Paganini had a “what if” moment and asked common friend Fernando Perdomo to help him get in touch with Pink Floyd's singer Durga McBroom about recording some vocals on a couple of songs. The stars were aligned, Durga was touring Italy and agreed to come to Marcelo Paganini's studio  in the Normandy's countryside in France  for a couple of days in early August.

They recorded a 4 songs EP  “B4ever now” being released digitally and on CD on CD Baby and digital platforms on March the first 2018. The songs are: “Crying with a smile”, then 2 songs with jazz legend Eumir Deodato “2001” on keys: “Last BART to San Bruno” and “B4ever now”. The last song is “2012 Space Traffic Jam”, from the critically acclaimed album of same name released in 2014, like all the other songs on this EP. The songs  were all re-mixed and re-mastered. New arrangements with Durga's vocal make it a completely new musical experience. Even for those who know the 2014 versions. Prog rock jazz fusion for the digital space age, with guitar and vocals out of this world.

“Working with Marcelo Paganini was one of the most unique experiences of my career. It will make a great chapter in my autobiography. He is the quintessential mad prog rock musician - think of Mickey Mouse as the Sorcerer's Apprentice, but instead of a magician's hat he is using a guitar to create a chaotic, mystical masterpiece.” - Durga McBroom 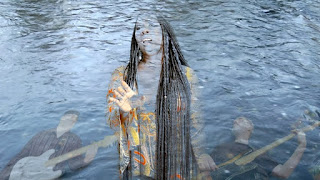 Joking about the song title “2012 Space Traffic Jam”, Marcelo Paganini laughs: “Looks like the UFO Space Traffic Jam is just above our heads on planet Earth, I mean...  Did you see the videos on the mainstream press? Too many UFOs to hide Mode: On...” The cosmic surreal cover art  featuring Marcelo Paganini, Durga McBroom and Eumir Deodato was done by French artist Raquel de Miranda.

Marcelo Paganini recorded all the guitars and most of the keyboards in all songs, Marc Madoré played bass and Gary Husband played drums. “I lived all my life to record with those wonderful musicians and specially with Durga McBroom. She have it all, her voice is pure passion and magical powers, she is simply the very best. Durga McBroom put my music in another dimension. And what a talent in front of a camera, just stunning... Miracles DO happen. Be careful about what you wish for: she came, she sang, then she left... Now I have the rest of my life to deal with it...  At least I have, and now with this release we all have, the music and the films... That I hope will bring more music and films together and specially live shows. Now Durga is living in Italy. Who will be the first prog festival to book us?”

Marcelo Paganini worked night and day for months on the “Crying with a smile” experimental short film, that will go into the film festivals circuit first, before being posted on the Internet. A 43 seconds teaser is available on YouTube and Facebook. “The song was about human life and death, when I lost my grand father in 1989. Then I moved to New York City... Lots of people everywhere in the free wild 90's Times Square.... It was all about people's life and death... But it changed after a river called 'Rio Doce', died in Brazil in 2015, because of greed. Nobody talks about it. Then the film became about the survival of rivers, oceans, blood, sweat and tears, in other words, life... The small village we see in the film with the wonderful bridge, the Sarthe River and the small chappell is Saint Cenery le Gerei in France. Just a few miles away from my studio”. Another short film is on the making for the song “B4ever now”.

Marcelo Paganini met Durga McBroom for the first time on Cruise to the Edge in 2015, after winning a Facebook contest at the last minute. Written in the stars? It was a life change experience for many reasons for Marcelo Paganini, “any prog rock lovers must go at least once in their lifetimes. Especially singers and musicians... A musical prog cruise with the coolest people inside that are your next best friends... In one word: GO. Thank you Larry Morand, I wrote a song about my cruise experience that will be on my next album called 'Captain's face' for the man I never met but had such a big impact in my life and musical direction. Since the McBroom sisters will already be on board, of course I dream about being booked on the next Cruise to the Edge.”

Since the release of “2012 Space Traffic Jam” in January 2014, Marcelo Paganini toured Brazil in December 2014 to release the album there, making the musical film “First time in Rio” live. In the Fall 2017 Marcelo Paganini released the album in France at Reveillon Jazz Cafe in September. In October Marcelo Paganini made a new musical film “Live at Music Alençon” with new keyboard player Ricardo Fiuza, Marc Madoré on bass and Christophe Bras on drums. Some short videos published on Facebook already got thousands of views. More will be posted soon... 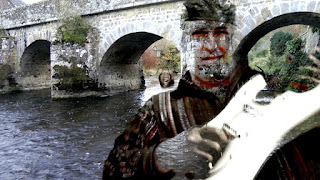