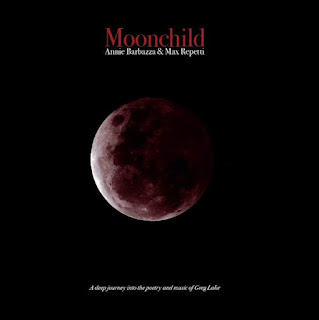 Italy - Much to the excitement of Greg Lake & ELP fans worldwide, Annie Barbazza & Max Repetti are releasing MOONCHILD - A deep journey into the music and poetry of Greg Lake! To be issued as Limited edition 1000 papersleeve CD (MAN002) and 500 gatefold coloured audiophile vinyl (MANLP002) on Manticore Records on May 18, 2018, this album marks Greg Lake's final production before his passing on December 7, 2016.

“Amongst the many projects Greg Lake and I planned for Manticore was the re-arranging of his favourite songs in a black and white, contemporary way. A sort of back to the bone, vocals and guitar setting, as simple as that. I remember Greg became an advocate of the new 'less is more' concept and he often reminded us that 'simplicity is the ultimate sophistication.'

“As we went further into the project, we soon discovered that an acoustic guitar could be fine for some tunes, but not suitable for others; so Greg decided we should go for piano and vocals and asked me to look for a talented piano player. I knew Max Repetti who I considered to be the perfect pianist for Greg. Apart from the fact that he had the entire ELP songbook in his repertoire, he is a very able musician. The audition lasted just a few minutes in a countryside restaurant on an upright piano which had seen better days, slightly out of tune, where Repetti dared to propose a medley of 'The Stones Of Years,' from 'Tarkus,' and 'Take a Pebble.' Greg was so delighted that he immediately asked Max to arrange for him a list of tunes he intended to put on the album that we called 'Moonchild,' after one of our favourite early songs.

“Sadly, in early 2014 Greg called me with the very worst news. Shortly after that, he decided to ask his young friend and talented singer and musician Annie Barbazza to take his place and carry on his legacy with this album. He patiently trained Annie using all the available technology to keep him up to date with our progress, while continuing to work with Max Repetti and me on the arrangements and production. We all spoke on Skype several times a week to ensure this project matched his standard of perfectionism and musical integrity.

“When Greg was awarded with an honorary degree for lyrics and music composition by Conservatorio Nicolini in January 2016, he was already too ill to attend the ceremony in person. I decided to surprise him by having Annie and Max perform his music on his behalf in front of the dignitaries. Greg was attending via Skype and you may listen to his encouraging comments on Greg Lake's Official Channel on Youtube. He was so happy with the results that he pushed even harder for Annie to improve her skills as a singer. Annie Barbazza and Max Repetti performed Moonchild again at a sold out concert for Greg's last birthday on November 10, 2016. As Greg wanted, we will keep the flame alive by playing his music. So this is for you, Grande Gregorio wherever you are. May your music resound forever in our hearts.” - Max Marchini 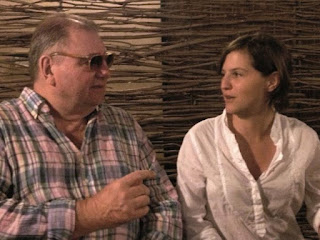 “Annie and Max recorded such a wonderful and touching tribute to the music I have made during my lifetime. Max's arrangements are absolutely superb! What a magical touch he has and Annie's vocals are at the same time beautiful, brave and heartfelt. It is a very moving experience for me to hear them perform these songs so passionately.” - Greg Lake, 2016 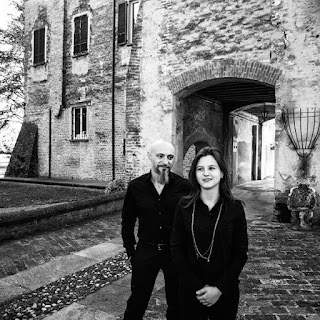