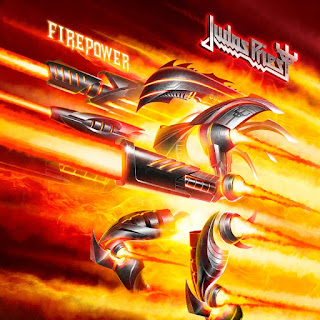 Thousands of people made the trek to the mountains in Bethel Woods NY to see a triple header rock concert. It was one of those nights you would never forget. Deep Purple, whom I never saw live, Judas Priest and a relatively new band on the scene, Temperance Movement, would entertain for over 3 hours.

It was a long ride for us but well worth the trip by the time we got back home in the wee hours of the morning. This would be the fourth time I would see Judas Priest. I am also aware that Deep Purple is likely on their last tour and recorded their last studio album From Here To Infinite. This placed some urgency on the event for me personally. I was there to cover Judas Priest so everything else was icing on the cake. 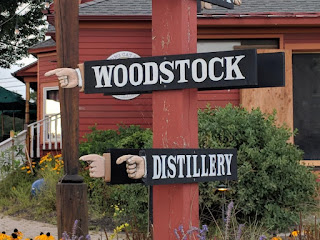 I have to say that the venue at Bethel Woods, which sits directly across the field where Woodstock was held, is the most beautiful venue I have ever been to. I have been to a few in my day and this place is so scenic and peaceful, well not for long though. There is a little stream that runs alongside the path to the stage and a beautiful water fountain as well.  There are all kinds of food and drink vendors and some very interesting booths for memorabilia of the site and of course the swag booths to give every fan a chance to buy something from the event. I picked up a signed CD from The Temperance Movement. It is a fantastic new album titled A Deeper Cut.

So, we just made it there before the concert started and had to walk quite a way from where we parked, which would later prove to work to our advantage when leaving.  My son and I ran to our seats to catch The Temperance Movement’s opening song.

The Temperance Movement are a British blues rock band formed in 2011 by Phil Campbell and guitarists Luke Potashnick and Paul Sayer. The rhythm section consists of bassist Nick Fyffe and drummer Damon Wilson. This was a pleasant surprise to have them open for the two rock heavyweights as I have appreciated their recorded output since their inception. They really came on strong and maintained the energy level with some great playing. The lead singer is a little dynamo, jumping all over and waving his arms. I think he must have watched Jagger on stage a bit before he took the stage himself and I can hear the influence of the Rolling Stones in their sound. They had a short stay but they really made the best of every moment and think left a lasting impression on an audience that was likely unfamiliar to them.

Judas Priest was up next and they started things off with the title track of their new album Firepower. Rob Halford is now sporting his completely white beard and looking like the elder rocker but sounding strong as ever. Every time I see this band I am simply amazed how Halford keeps his pipes in such good shape and the range and screams he still commands are awesome.

Ritchie Faulkner is now the veteran guitar player of the band. He trades licks with Andy Sneap who fills in now for Glen Tipton. Tipton was diagnosed with Parkinson’s Disease. I was very saddened to hear this news.  It seemed strange not seeing Glen on stage with his red leather pants and guitar blazing away. Faulkner certainly has reached another level as a guitar player and he has risen to the occasion taking over a lion’s share of the lead runs.

So as Priest made their way through their set list I realized that this was the first time I had felt the sheer power of their set so up close. We had some great seats. When I would sit down for a few minutes I could feel the bass drum hammering away at my chest. It really was an amazing feeling. They were very loud but that is the only way to experience a Priest concert with the decibel level pinning in the red. If it hurts the eardrums well that will eventually wear off and you will be so glad you went again.

Then came rock legends Deep Purple. Ian Gillan (vocals), Ian Paice (drums), Roger Glover (bass), Steve Morse (guitar) and Don Airey (keys) are a solid veteran unit that is very comfortable on stage and in the studio.
Ian Gillan has naturally lost some range with his voice; however, he is very distinctive and he gets the numbers across quite well. Some of the fan favorites were covered like “Highway Star,” “Space Truckin,” “Lazy” and of course “Smoke on the Water” and the incredible oldie “Hush.”

Deep Purple can still be a force to be reckoned with onstage and if they were not I am sure they would not be sharing a bill with the metal legends Judas Priest. There is likely a mutual respect there between the two bands. I have to give the nod to Steve Morse for still playing magnificently even though he has some wrist issues and has to wear a brace. I know the feeling and really appreciate his efforts to keep playing all of that great music.

What an amazing night and I was there. What an honor and privilege it was to attend such an event and have the opportunity to provide some coverage to perspective concert goers.

My final thought is if this show is coming to a town near you I highly recommend your attendance as this may be your last chance to see these bands play together!

(All the pics I took with my phone so they are not professional, I have provided them to give people an idea of what I was watching and enjoying)