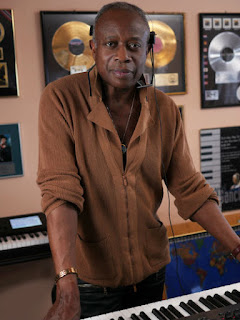 Long regarded as one of the premier musicians in the world, David Sancious was an original member of Bruce Springsteen's E Street Band, toured and recorded with Peter Gabriel, Sting, Seal, Eric Clapton, Jon Anderson and a long list of A-level musicians. He also created groundbreaking music with his band Tone.

All pledgers receive a digital download of the recording with their pledge (also available in high resolution 96K 24bit). The campaign will also be offering signed and unsigned audiophile 180-gram vinyl and CDs, remastered versions of landmark recordings “True Stories” and “Just as I Thought” (both remastered in 2000), rare photos and posters of David with Bruce Springsteen and Peter Gabriel, as well as behind the scenes videos, T-shirts, interactive updates, gear used by David on tour, and much, much more, all of which will only be available through PledgeMusic!!

Links:
Pledge: www.pledgemusic.com/projects/davidsancious
You Tube: www.youtube.com/watch?v=WjJmrZu-lg0  (This is the Pledge Video just available on You Tube.)
Facebook: www.facebook.com/David-Sancious-588604108202763