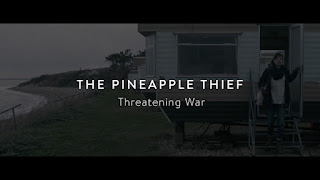 London - With The Pineapple Thief’s Dissolution Tour Part 2, due to begin on 21st February in Italy, the band have released a new video for the track “Threatening War”, from their critically acclaimed studio album Dissolution.


Frontman, composer and guitarist, Bruce Soord on seeing director George Laycock’s interpretation of the song reflects “When I wrote the words for ‘Threatening War’, I had in my mind the journey from despair to hope, and how we need a physical connection with people in our lives to complete that journey, if and when it happens. When I saw how ‘Blacktide’ had tackled this visually it really hit home in a way I wasn’t quite prepared for. It captures the emotion of the song perfectly.”

The Pineapple Thief are due to begin the second leg of their European & UK Dissolution tour in February, have confirmed they will be taking new label mates O.R.k out as main support. The first leg of the tour in September included many sold out shows and their biggest show to date at London’s prestigious O2 Shepherd’s Bush Empire and will once again be joined by now full-time member Gavin Harrison on all dates.

The Pineapple Thief will be supported by new Kscope label mates O.R.k

The Pineapple Thief have an extensive live campaign planned for 2019, including a return to London’s O2 Shepherd’s Bush Empire to headline HRH Prog on 26/27th October (http://www.hrhprog.com/ ) so look out for further dates to be announced.

The band’s 2016 album, Your Wilderness produced 4m+ album streams, a #7 in the UK Independent Charts and two extensive headline European tours culminating at London’s Islington Assembly Hall where the concert was recorded for the live release Where We Stood. Their recently released album Dissolution has seen the band propelled to even greater heights, having gained a #1 position in the UK Rock Charts and #22 in the German national album charts. The band have garnered high praise across the worldwide media as can be seen in the small selection of review quotes below…

Prog Magazine - Album Of The Month - “a varied album that pulls together the band’s diverse styles into nine cerebral but very accessible songs”
Kerrang Magazine - “Its existence makes the world a slightly better place”
Total Guitar - “this is essential listening for fans of contemporary prog”
Slam (DE) - “Just a beautiful, melancholy record, powerful and full of hymn-like harmonies”
Lust for Life (NL) - “Dissolution ticks all the boxes”
RockTribune (BE) - “an album to cherish”
Rockerilla (IT) -  “a beautiful album from the beginning to the end, where every track is a piece of a mosaic of enchanted sounds” 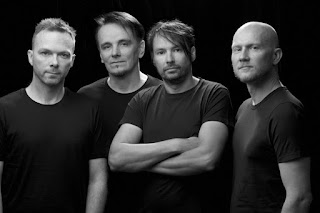