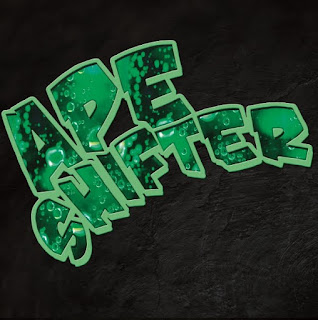 Since releasing their self-titled debut in March 2017, APE SHIFTER have completed two European club tours encompassing Germany, Switzerland, and The Netherlands. They have shared the bill with Loudness, The Skull, White Cowbell Oklahoma, and Mörglbl, among others. Festival performances have included Zytanien (main stage), Burg Herzberg Festival, OBOA, Free n Easy, Festival Kult!, and others.

On Friday, March 29, 2019, APE SHIFTER release their follow-up album to their debut with their sophomore release APE SHIFTER II.

From rockin' 70's riffs played with punk rock ferocity to creeping metal grooves and all out bashers, APE SHIFTER give new meaning to intense simian instrumental rock from the nasty pits of the Hellabrunn Zoo.

Born on Friday the 13th in Washington, D.C. and raised in Laurel, Maryland, Jeff Aug is a cool underground guitarist who lives at the foothills of the Alps in Southern Germany for the last 20+ years. He has toured with Allan Holdsworth, Soft Machine, Greg Howe, Stu Hamm, Albert Lee, and has performed shows with Jawbox, Shudder To Think, and Ice-T & Bodycount with his old band. He's worked with John Stabb from Government Issue, has been touring and recording with Anne Clark for the last 15+ years, and has been touring as a solo guitarist for the last 25+ years. Jeff can also be heard on the Atari Teenage Riot album Is This Hyperreal? (Dim Mak Records / Digital Hardcore Records). Jeff is also a Guinness™ world record holder setting the world record for the “most concerts performed in different countries in 24 hours” twice (2009, 2012)!

Recorded on 29./30.June and 01.July 2018 by Tim Hecking at Sounzz in Seifen, Germany.
Mixed in Fall 2018 by Alec Empire at The Hellish Vortex Studios in Berlin, Germany.
Mastered by Calyx in Berlin, Germany.
Artwork & layout graphics by Chris Lakriz.
Band photos by Andreas Tittmann.
all compositions by Jeff Aug (except "Gravity" by Aug, Münch, and Walter) and published by Protozoa Music.
Violin on “Matilda” performed by Kilian Kayser.

Here's what the press has said about APE SHIFTER:

“With no deficit of trios that drive metal wedge into fusion context, guitarist Jeff Aug has a special edge to stand out on: his experience in punk zip and acoustic flip alongside regular rock moves. All of this informs the American expat's new venture whose debut, recorded in only two days to seize the moment's immediacy, is a charming, if complex, endeavor.” - http://dmme.net/ape-shifter-ape-shifter/

“In some ways they remind me of Trapeze, at others Taste, with an overblown rich guitar sound, and the rhythm section just trying to hold it together while Jeff goes nuts. Sure, there are progressive influences here and there as well, but mostly this is about good solid Seventies instrumental rock, with the emphasis on ROCK.” - Kev Rowland, 05.05.2017

“Hard hitting instrumental progressive rock that wears all the influences of the last 40 years of rock hell raising proudly on it's sleeve. Merrily taking you from hell to heaven, this power trio just plain isn't here to screw around. A crew of proven chopmeisters, this is where the real underground begins.  Simply killer stuff.”  – MIDWEST RECORD, http://www.midwestrecord.com/MWR1190.html

“'Ape Shifter' the album is an 11 track celebration of how prog rock sounds today. Chock full of all instrumental tracks, it brings together those rockin' 70's riffs, but here plays them off against a punk rock ferocity, adds in swirls of arching metal grooves, and presents an eclectic prog rock album quite like none I've encountered in the past decade.” - Exclusive Magazine  http://annecarlini.com/ex_cd.php?id=2196

“Musically, (Jeff) Aug's style of playing is very reminiscent of Joe Satriani, Gary Hoey, Tony Iommi of Black Sabbath, with minor hints of Tony MacAlpine thrown in for good measure. There are 11 cuts of groove and riff powered instrumentals on this self titled debut album, and there is not a single dull moment to be found here. The style of songwriting found here, is heavy at times, packed with plenty of catchy grooves, hooks, and an overall sound, which just gets you into the mood to rock out to Jeff's talented and skillful playing.” - Sarjoo Devani, http://www.explicitlyintense.com/reviews/cd-review/ape-shifter-instrumental-rock-music-album/

“... shares a lot of DNA with fret wizards like Joe Satriani, Tony MacAlpine and Steve Vai. So it's definitely one for the widdlers out there. It's also on the heavy side with some chunky seventies styled riffs in there.” - http://www.the-rocker.co.uk/

“The trio does a fantastic job in terms of displaying stupendous musicianship. There's sincere chemistry and understanding all over the place, but the real charm here are the visceral landscapes the threesome projects, thus making this not just another clinically executed exercise in pretentious overindulgence, but a musical essay enhanced with passion and grit. The album's hallmarks – drums shifting time signatures, face slapping bass lines and crusty guitars are all present and correct. Each of these 11 songs offers an intriguing snapshot of the enormous breadth of talent. But perhaps the biggest achievement of this album is that although it's an instrumental record, there's not a dull moment to be found. 8 out of 10.” - http://www.therocktologist.com/ape-shifter---ape-shifter.html

“Animalistic and aggressive are two ways to describe Ape Shifter a new intense, progressive and loud instrumental species of rock that is set to be uncaged upon the world...” http://www.sightsandsoundsofnote.com/

To pre-order:
Paypal purchase to jeff@netMusicZone.com and CD will be delivered after March 29th.
Also, available here:  https://apeshifter.bandcamp.com/

Album copies for promotion and review available upon request. Artist is available for interviews. All press inquiries to Billy James at Glass Onyon PR

Spotify Add-It Link (add the new Ape Shifter album to your Spotify Playlist and it will be automatically added once the album´s released on 29.March): https://add-it.feiyr.com/ApeShifter
By Glass Onyon PR at February 15, 2019