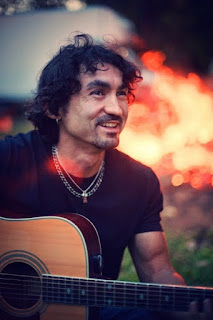 The long awaited debut album by Steve Rodgers released in 2017 was well worth that wait! With eleven tracks in total, Steve opens with his first single “I Will Grow” and his second single, the title track from the album, “Head Up High.” As you listen through all the tracks you will find this album is both uplifting and emotive at the same time. Steve Rodgers writes from experience and from the heart so expect a truly personal experience. 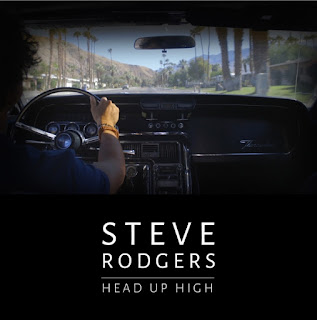 “Steve Rodgers has a sweet, soulful pop voice... His songwriting is also very pop-oriented with lots of wistful piano and subtle guitar. 'Head Up High' is a solid debut by a talented artist.” - Blues Rock Review

At 14 he began to write his own songs on guitar and piano. He started a band with his friends at 17, Lost Sons of Davros. From the Lost Sons came Boa who created two great albums – their first single “Duvet” was the title track to the Japanese multi award-winning animation series Manga “Lain – Serial Xperiments.” They toured the States, the UK and after much enjoyment, Steve decided to follow his own path.

“Blessed with a powerful, melodic Bluesy voice, Rodgers kept the ever growing crowd transfixed throughout his set!” - Metro Arena, Newcastle

“Steve Rodgers was exceptional! His acoustic and electric guitar playing is inventive and rhythmic. His songwriting is thoughtful, intriguing and at times simply joyful. His voice is superb – expressive, soulful, powerful, subtle and effortlessly dynamic. His pitch and inflections impeccable…even when weaving in and out of complex cadences…” - Mick Burgess Chronicle Live

Steve has 'guested' at Wembley for Bad Company, Aerosmith's Joe Perry and the Robert Randolph Band. Tours have included support slots for Bad Company in the UK and Japan and his own headline dates in the UK and Canada. Along with Joe Walsh, Steve has also supported The Deborah Bonham Band and Midge Ure on their respective tours in the UK and Europe. In 2014 he supported Bad Company again with Lynyrd Skynyrd for their coast to coast US tour and in September 2015 he joined Stackridge for a three month tour of the UK.

Steve has headlined solo shows in the US and is planning to tour the US and the UK later this year.

Steve is currently completing his second album which is slated for release in 2019! He has also collaborated with his father Paul Rodgers on the song “This Place Called Home.” All proceeds from the single will be donated to Zoe's Place Baby Hospice in Middlesbrough. More Information: 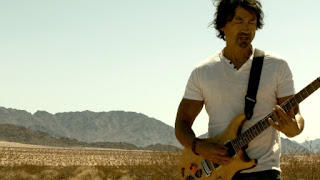