French Bassist SHOB Returns With 3rd Album "Solide" In May 2019 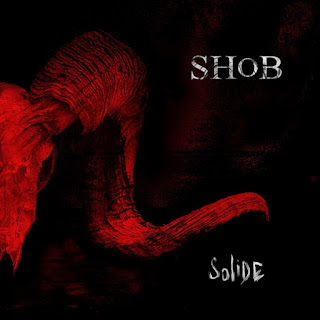 France - Less than 2 years after the release of “Karma Obscur,” which had brought him all over Europe (Norway, Germany, Austria, Netherlands, Slovaquia, France) for more than 30 shows (NattJazz w/Cory Henry, St Emilion Jazz fest w/Maceo Parker, Boerderij/Zoetermeer, MAI/Nancy, Bordeaux w/Greg Howe…), Shob is back with “Solide,” 11 Fusion/Afro/Funk tracks which will be released on May 3, 2019 (Inouïe distribution/La Route Prod). On April 15,  SHOB and his musicians will be playing at London's famous Ronnie Scott's Jazz Club opening for guitarist Scott Henderson.

Rocky and funky guitars are amazingly played by the two newcomers: Johary Rakotondramasy & Jean Lou Siaut, who are also on stage for live performances. There is even some New Orleans color with the really fresh track “Cure,” which reminds one of John Scofield's best moments (guitar played by Christophe Maroye).

Finally, the wild and groovy percussion played by Ludo Lesage bring a real “back to the roots” ambiance.

Except two tracks with vocals (“Solide” w/Célia Marissal & “Totem” w/Lyne & Hugo Senbei), the album is mainly instrumental and leaves a great space for improvisations, with solos on every track. The songs on “Solide” were specifically written to be played live.

Again, it's a really mixed variety of music that SHOB and his friends will be playing on stage from April 2019 through an European tour which will bring them to Germany, UK, Austria, Latvia, Poland and France.

“More Solide than ever” - Bassiste mag

“Not only for bass players, those who look for groove and various musical colours will be pleased.” - Pavillon 666

“This kind of album is timeless and in 50 years from now, we still can play it, it won't get old at all” - Metal is the Law / Webzine