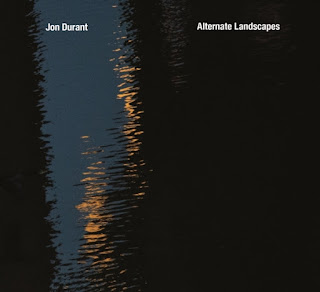 Portland, OR - Following his acclaimed CD “Parting Is,” Jon Durant returns with a new solo album “Alternate Landscapes.” While both records are solo guitar, that’s also where the similarity ends.

Alternate Landscapes expands the idea of solo guitar to include MIDI guitar triggering old school synthesizer sequences and breathy wind instruments alongside Jon’s signature cloud guitar textures. The result is a strikingly original blend of highly unusual sounds and textures with the additional context of vintage synthesis all translated through the guitar. In addition, each of the four expansive tracks take the listener on an extended sonic journey through a multitude of aural landscapes.

Durant commented: “For my entire musical career, I’ve steadfastly refused to wear my influences on my sleeve. If I ever do something that sounds too much like someone else, I have always discarded it. This time I allowed myself to let, for example, my Tangerine Dream influence come to the fore, and decided to make a statement that offered homage without being too derivative.”

Continuing, Durant spoke of the very different nature of how he approached his guitar playing on “Alternate Landscapes” relative to his previous work: “I’ve always had a great love of melody, and on all my earlier work whether solo or with Burnt Belief my lead guitar was a centerpiece of what I did. The cloud guitar textures, for which I have gained a certain reputation, were usually placed in a context underneath a more obvious lead guitar melody. On Alternative Landscapes, however, I have almost eliminated the lead guitar voice in favor of letting the cloud guitar textures become the dominant theme.”

“Two of the songs, “Aragon” and “Ciel du Cheval” are solo guitar pieces, performed live in the studio with no overdubs. All the percussive elements on “Aragon are a loop played on guitar, over which I played my fretless guitar. “Ciel du Cheval” is solo cloud guitar piece all played on guitar with an E-Bow. Listeners might be reminded of the landmark work of Fripp & Eno in it’s scope and approach, though not necessarily in the sounds that emerge.”

The other two tracks involve the use of guitar synthesizer, and also include sounds of voices and trains recorded on an iPhone and played back through the pickups of a guitar and processed through Durant’s complex effects rig to render those sounds completely indistinguishable from where they began.

Guitarist Jon Durant brings a unique sense of texture and melody to his instrument. His distinctive “cloud guitar” soundscapes and engaging lead work have graced numerous CD recordings and film soundtracks. His 2018 release “Parting Is” was nominated for “Best Ambient Album” in the Zone Music Reporter awards. In 2019, several highly regarded recordings feature Jon’s work as a session player, including Stephan Thelen’s landmark “Fractal Guitar” on which Durant can be heard alongside David Torn and Marcus Reuter and many other innovative guitarists. 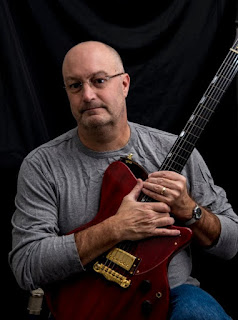