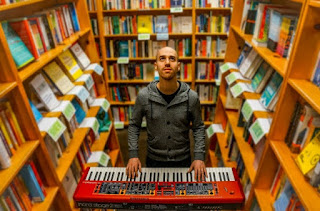 Portland, OR - GLASYS (Gil Assayas) is a pianist, synthesist, producer and vocalist who delivers intricate virtuosic keyboard parts, electronic soundscapes and impassioned vocals in one package that combines his many influences including Electronic music, Alternative Rock, Jazz and Classical music.

Since relocating to the US from Israel three years ago, GLASYS has been endorsed by major gear manufacturers such as Nord Keyboards, 64 Audio, Sequential and Spectrasonics, has developed a large social media presence with over two million total video views, has been featured on the GRAMMY's website, and has had his song “The Pressure” played at a Portland Trailblazers NBA game. Recently, he was discovered by Hip-Hop giant T-Pain on reddit and the two are now collaborating. GLASYS is also currently touring with legendary 70s-80s band Utopia (led by Todd Rundgren).

GLASYS released his debut EP “The Pressure” in September 2016. His first full-length album “Defective Humanity” was successfully funded on Kickstarter and will be released on August 2nd, 2019. The new single “People” featuring Todd Rundgren will be released on July 25th.

Says GLASYS, “The inspiration for this song is human nature, and more specifically the way we humans are never truly satisfied with what we have and are always chasing something 'better' in life, be it success, more money, a new car, a relationship etc. I personally struggle a lot with living in the moment, and the song addresses that struggle.

“Ever since I wrote this song I thought that Todd would be perfect for it, but I wasn't sure if he'd have the time to collaborate seeing as he's so busy. I was very pleasantly surprised when I sent him a demo of the song and he replied 5 minutes later saying that he'd love to do it! He ended up recording his parts on tour (on a cruise ship, I believe). I didn't give him any specific instructions, just told him to add whatever he feels like adding. He recorded some great vocals, new harmonies and an awesome guitar solo that took the song to a new level. I'm extremely grateful for his support and really happy with the results.”

Check out the premiere of GLASYS new single “People”:
http://abcnewsradioonline.com/music-news/2019/7/24/exclusive-listen-to-new-song-by-glasys-aka-utopia-touring-ke.html

GLASYS forthcoming album “Defective Humanity” (to be released on August 2nd) is self produced and will include his best songs from the past 2-3 years. “I have a pretty active YouTube channel to which I upload improvisations and short musical ideas, so I was able to receive feedback from my viewers and develop their favorite tunes into full tracks. Not all the songs were created that way though, some are extremely personal and have never been heard by anyone, in any form. The album will contain both instrumental and vocal songs.” 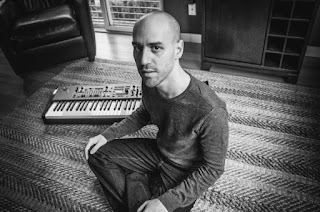 Here's what's been said about GLASYS:

“I've never seen anything like this in my life. Man. PM me if you wanna work together, bro. This is amazing!” - T-Pain

“A master at the keys, Israel instrumentalist Gil Assayas shares animated vocals with faultless keyboard and synth playing to make jazzy electronic you can't help but dance to.” - The Deli Portland

“From the first bar of the title track of GLASYS' debut EP 'The Pressure,' it is already clear that Gil Assayas is a musician of rare talent and skill. The Portland based Assayas is possessed of rather intimidating piano chops and assembled an impressive collective of musicians for the project.” - Jonathan Wilson, Northwest Music Scene.

“GLASYS, one of the best new acts to emerge out of Portland in quite some time. The brainchild of producer extraordinaire Gil Assayas, Glasys layers gorgeous keyboards on top of poppy, delicate vocals.” - Marissa Abruzzini, Tour Worthy.