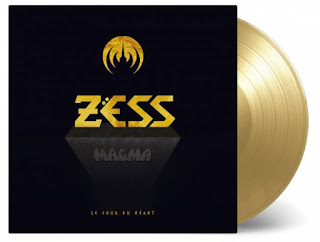 Magma's critically acclaimed newest album Zëss is a 38-minute musical work by Christian Vander. Composed in 1970, Zëss had long been plagued by its incompleteness, its recording was deferred for years. Four decades after its first draft, the work has finally been recorded in an orchestral version that gives it both its true dreamlike dimension and its transcending power. The first public performance took place in Bourges in 1979. It is the last piece in a series of unfinished compositions from the 1970s. During the last 15 years, they finished and released all these different pieces. Zëss is described as a work that touches the philosophical domain by its treatment of the idea of nothingness and its evocation of the theme of time.

Magma turned fifty this year, catapulting into the very exclusive circle of bands who for five decades have never laid down their instruments, nor turned down their volume! The oldest French band still in existence has always played at full sail, never yielding to the siren song of passing trends. The fiercely original music has tirelessly adhered to the highest artistic standards while still reaching a wide audience of all ages.

Zëss is available for pre-order as a limited edition of 1500 numbered copies on gold colored vinyl. The package includes a 4-page booklet. The vinyl edition will be released on September 20, 2019. 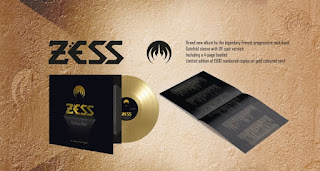 More information about this release:
https://www.musiconvinyl.com/catalog/magma/zess