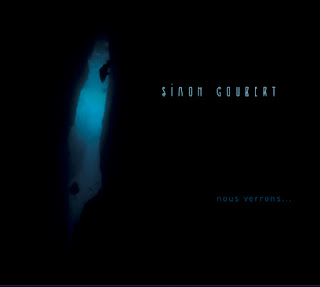 The voice has always been part of Simon Goubert's life.

First, in the theater background of his childhood, it was spoken in all its forms. Sometimes whispered, other times recited, in the end it was always applauded.

Then it was sung. Whether divine when illuminating György Ligeti’s Lux Aeterna, velvety as Billie Holiday’s or husky like Tina Turner’s, the voice has always transported Simon Goubert... all the way to his meeting Magma.

His ten years collaborating with Christian Vander, whose music revolves around voices, have taught him to fine-tune this very special instrument.

Throughout his career, Simon Goubert has always used the voice, be it singular or plural, subtle or orchestral. But for this album, the musician wanted the voices to be front and center: Stella Vander giving life to Pierre-Michel Sivadier’s lyrics, Annie Ebrel elevating Breton poems and, finally, American rapper and slam poet Mike Ladd.

The instrumentalists are also an eclectic group of kindred spirits, first-rate artists met by Simon Goubert over the decades.

These musicians, whom Simon has always admired, excitedly embarked on this new journey with him. To succeed in this unprecedented adventure, these performers and improvisers have pooled together all of their know-how.

With all of those talents combined, Simon Goubert has delivered his most beautiful album: the one that most resembles him.