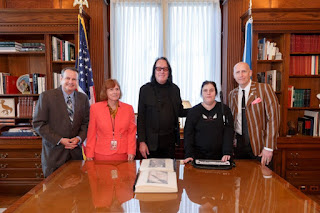 Longtime fan of Todd Rundgren Julie Dye attended his show in Cleveland on May 6th and presented Todd with a Braille version of his book “The Individualist” that Chelsea, her blind daughter, had made by hand. 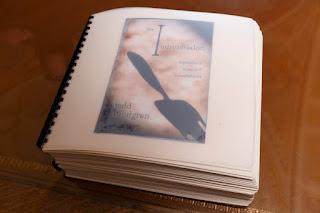 As the first leg of the current White Album Tribute tour featuring Todd Rundgren, Micky Dolenz, Christopher Cross, Joey Molland and Jason Scheff was ending in Washington, DC on October 20th, Todd thought of presenting the book to the Library of Congress (specifically the National Library Service For The Blind And Disabled division).

A presentation at the Librarian of Congress Ceremonial Office was held the morning of October 21. Todd flew Julie and Chelsea to Washington to attend the DC concert and the ceremony the following morning. 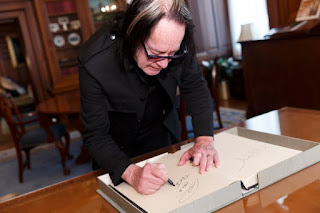 The second leg of the White Album Tribute tour resumes on November 30th in Pittsburgh.