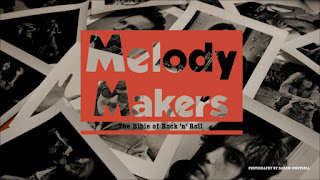 MELODY MAKERS is not just another music doc. It chronicles the birth of music journalism and the world’s oldest and longest standing seminal music magazine; Melody Maker. Through a series of interviews from artists (Ian Anderson/JETHRO TULL, Eric Burdon/THE ANIMALS, Alan White, Steve Howe and Chris Squire/YES, among others) and journalists of the time, the film tells the true story of the rise and fall of the world’s most influential music publication and uncovers an era of tremendous creative freedom.

At the heart of the story is Barrie Wentzell, Chief Contributing Photographer of Melody Maker Magazine (1965-1975) and his iconic photographic archive of legendary musicians during the birth of the rock 'n roll era, who along with his journalist colleagues gained unprecedented access to bands and musicians that would go on to become the legends of rock n' roll. Wentzell's photos are the touchstone of this documentary as the photographer and others recount the many untold stories from behind the pictures. Barrie recalls a Peter Townshend telling him about an idea he had for a rock opera when Tommy was a concept. Melody Maker journalist, Chris Charlesworth recalls when the magazine tried to expand into the US market without paying off the mobsters who controlled magazine distribution in key cities such as New York, and PR Keith Altham shares an anecdotal story about a publicity stunt gone awry involving the notorious drummer, Keith Moon and a hovercraft.

BIOGRAPHY
Leslie Ann is thrilled to launch her debut feature documentary MELODY MAKERS with the enhanced Apple Book made possible with the generous support of Telefilm Canada’s Marketing and Promotions Program. As the executive producer and director of LA Coles Fine Art Films she is currently engaged in a wide variety of works which include theatrical features, non-scripted TV, documentaries, shorts and interactive digital media. Her company is committed to producing films and cross platform projects that combine art, entertainment and social justice. Coles is a Women In the Director’s Chair alumni, and a recipient of three CTV Banff Fellowships for original series. Founder of the Female Eye Film Festival (FeFF) in 2001 to address gender parity in the film industry, she has executive-produced 46 short films directed by at risk female youth through the Young Filmmaker Development Workshop (YFDW), a program established under the auspices of the FeFF.  In her capacity as Festival Director for the past 17 years, she oversees the rigorous evaluation and selection of independent films for FeFF from over 2,500 entries every year. Intimately familiar with the local and international filmmaking community since 2001 with the inaugural festival and her debut multiple-award-winning film “In The Refrigerator: Spirit of a Haunted Dancer,” Leslie Ann’s strength is her ability to creatively strategize projects and determine market potential during the development process, always with a critical understanding of a film’s milieu, be it social, cultural, or art-focused.

MELODY MAKERS will see a limited theatrical release on November 29, 2019 at the Arena CineLounge Sunset, 6464 Sunset Blvd, Hollywood CA,  followed by the Apple iBook on the same day and the DVD Release on December 17, 2019.

“This cheerful history of the music weekly Melody Maker has enough inside dope to maintain interest.” - Adrian Mack, The Georgia Straight

“Whimsically titled Melody Makers leans heavily on Barrie Wentzell, chief photographer from 1965-1975, both for his recollections and his amazing collection of images.” - Chris Knight, The National Post

“The narrator-less film rattles along to the extent that I couldn’t believe it was over, so enthralled was I by the anecdotes, analysis, pictures and film of such an extraordinary ten years of music.” - Martin Webb, A New Day

“The tunes and the images, combined with countless inspiring and entertaining first-hand recollections brilliantly resurrect a time that produced some of the most remarkable artists that have ever lived.” - Amy Balog, 60’s Today 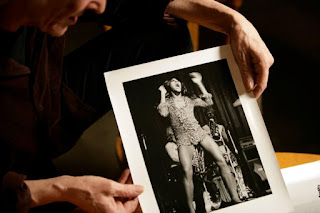 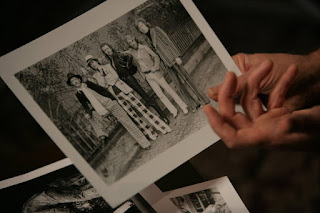 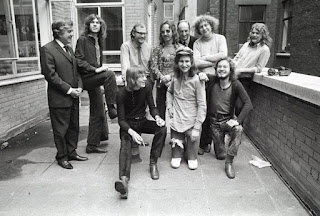