The Keith Emerson Estate Announces the Release of the ‘Selections From Emerson Plays Emerson and Other Works’ Music Transcriptions Book – OUT NOW! 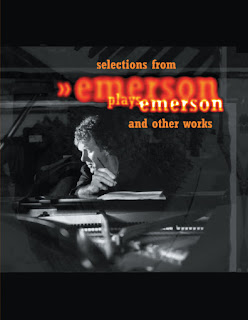 The Keith Emerson Estate is pleased to announce the completion and release of the music transcriptions book that Keith Emerson had been approving at the time of his passing.

The 25 transcriptions were created by a group of fans of the late composer’s work, and began as just the compositions on the ‘Emerson Plays Emerson’ album, before the book was expanded to include other works including “Piano Concerto No 1.”

The book features a foreword adapted from Emerson’s emails about the project and a previously unpublished poem about composing which gives us an insight into Emerson’s mind.

Part of the late Keith Emerson’s foreword reads “So imagine my delight when news reached me that people had felt moved enough by my compositions to create transcriptions of them! Hopefully the “Emerson Plays Emerson” transcriptions will, in some small way, be useful to the next generation of composers to play and practice upon. I am humbled.” 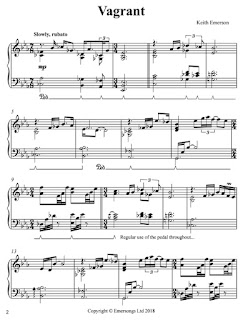 The book is exclusively available as an Amazon Print-on-Demand book via the below link: https://geni.us/EPlaysEtranscriptions