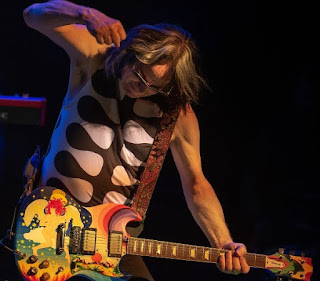 Todd Rundgren and some well known guest artists are re-recording his 1973 anthem “Just One Victory” and giving it away for free to Democrats throughout the US running for public office this year. So far Joe Walsh, Daryl Hall, and Paul Shaffer have already agreed to join the effort along with producer Don Was. The idea was suggested by former Bearsville Records executives Paul Fishkin and Marc Nathan.

“Just One Victory” originally appeared as the final track on Rundgren's critically acclaimed 1973 album, A Wizard, a True Star.

Rundgren hopes that other notable artists sign on as well. “Let's go for 'We Are the World,'” he recently told Andy Greene of Rolling Stone. “Not many people know about it at this particular moment, especially because just as we were getting into the project this huge distraction [of the virus] came along. We are waiting for everyone to settle down from that before we refocus on the political and start actively soliciting some performances.”

Guest artists on the song don't need to be musicians or even musically inclined. Once the song is recorded any Democrat will be able to use the song for free. “It's really the kind of thing to get people hyped up and ready to go out and vote,” Rundgren says.