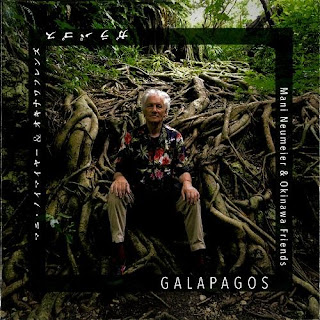 Even after his 80th birthday, Mani Neumeier, a famous drummer from Germany who is familiar with “Mani-san,” and is still active with solo various projects including GURU GURU, has visited Okinawa and its beaches. There he played with coral percussion. Heavenly swaying in the south, with prog and free musicians participating, led by guitarist Ishihara, who manipulates from low-pitched to roaring, ambient to noise, and Kengo Sakamoto, who is one of the 100 views of Koenji, gathered as if invited by the sound. Together they formed a psychedelic jam band. This work was recorded in Urasoe City, Okinawa Prefecture in February 2019. Their first Taiwan tour in February 2020 this year received critical acclaim.