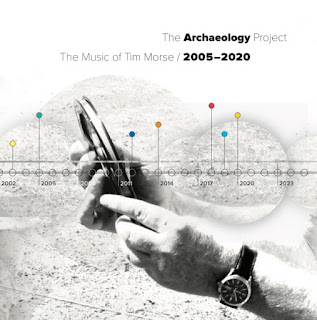 “The Archaeology Project” is a compilation of prog music artist Tim Morse’s music from 2005-2020. There’s no real concept for this release, given that it is a compilation album, however the title and the artwork ties the music of different eras together.

Says Tim, “It seemed like a good time to reflect on the last fifteen years of being a recording artist. It was fun revisiting these songs and choosing what I consider to be the best examples of my songwriting to feature on this collection. I’ve remastered the older songs with Craig Long and I have to say the music has never sounded better. I was so pleased with the work that I ended up remastering more music than could fit on one CD and so I’m offering five extra songs as a download for no additional charge. There is also a new solo guitar instrumental, a remix/new vocal for the Mangoes song ‘200 Yards’ and my cover version of the classic Pink Floyd song ‘Dogs’ on ‘The Archaeology Project.’ I especially like the imagery that Jay Leek came up with for the project - it has a nice ‘Hipgnosis’ feel to it.”

It was an interesting experience for Tim compiling the album and noting his growth as a singer/songwriter. He felt it was nice to be able to offer a cross section of his music and include a real rarity as a bonus download (the first demo he did with Mark Dean - an early version of “Present Moment”). Says Tim, “The Guitar Etude that opens the album includes a bit of a melody that I wrote in my first song. I was never really happy with my vocals on the original version of ‘200 Yards’ and so it was nice to redo the vocal and remix the song.  Lastly, the cover version of ‘Dogs’ is something I’ve wanted to do for years. I’ve always loved that song and it was a fantastic experience to put my stamp on it with a fantastic group of musicians: Bret Bingham, Andrew Glasmacher, Charley Langer and Hope Rogers.”

Tim Morse began his instrument instruction at a young age and started composing immediately upon picking up the guitar. He later moved onto the piano and studied as a music composition major, writing extended pieces such as a string quartet and two piano sonatas. During this time Tim performed with various rock and fusion bands and played on many recording sessions. Tim’s first album of original music was entitled “Transformation” and was released in 2005. The album was well received by the Progressive Rock community and recognized as an original voice, in the tradition of Yes and Genesis, yet recorded and performed with a modern edge.

His second album “Faithscience” was released in 2012 and musically it picked up where “Transformation” left off, continuing to explore the best of Progressive Rock. In addition to this release Tim became a member of the Jerry Jennings band and formed The Mangoes with Bret Bingham. The Mangoes released their debut album in 2014 and it was appreciated for its pop sensibility and quirky humor. His latest solo release “III” was also warmly embraced in 2018 by critics and fans alike.

Tim’s recent cover version of the classic Yes song “Awaken” has received the ultimate compliments from members of Yes - Rick Wakeman enthused, “Best YES cover I've heard ...well done to everybody” and Jon Anderson said, “Great job with ‘Awaken’...the fact you sat around and decided to perform it is a treat....not an easy work!” Composer/musician Adam Holzman was so impressed by this performance of it that he offered to do his own remix of the song (both versions can be found on Tim’s Youtube channel and website).

Here's what the press has said about Tim Morse’s previous albums:

“There’s no doubt fans of symphonic prog will find much to enjoy. Recommended.” - Jerry Lucky, The Progressive Rock Files

“Recommended for fans of melodic rock with some progressive touches.” - Jon Davis, Expose

“Tim Morse deserves to make it into the mainstream, as he surely one of the greats of the genre.” - John Bollenberg, iO Pages

“Probably the biggest surprise of the year...and highly recommended to fans of classic prog.” - Kinesis

“Transformation is a work truly realized, an impressive work of creativity that grows on one even more after repeated listening.” - Andres Valle (Mellotron)

“An interesting and expansive collection of symphonic prog songs...it not only rewards repeated listening, it demands it.” - DPRP

Tim is also a published author and his book “Yesstories” has sold over 20,000 copies worldwide. His book “Classic Rock Stories” was published by the St. Martin’s Press and was featured on the Howard Stern show. He has also written for music magazines over the years including Mix, Guitar World, Keyboard and Bass Player. 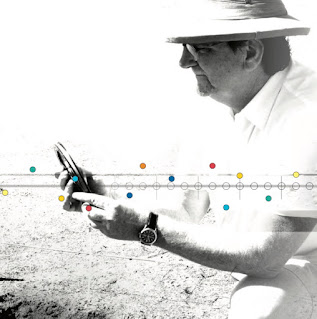 Tim will be doing videos and PR to support the release of “The Archaeology Project.” He’s also working on a Mangoes EP with Bret Bingham that should be released in the New Year. As for live performance, that is completely up to what happens with the pandemic and the interest/demand for shows.

In closing Tim has this to impart, “I hope that everyone is safe and healthy in these uncertain times. Also, I'm always grateful when anyone takes the time to listen to my music, even if they didn’t like it or were critical of it. In this modern age of endless distractions it is a lovely thing when someone will truly listen to music.”

The Archaeology Project is available for preorder on Bandcamp:

After its release it will also be available on timmorse.com, iTunes, Amazon, etc.