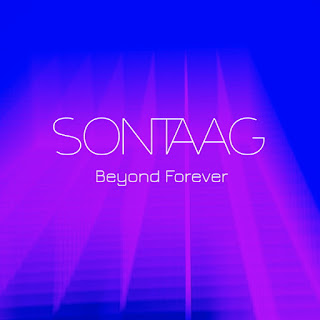 “Beyond Forever” and its companion track “Back To My Soul (both produced by Richard Sontaag) are available through Cleopatra Records via all digital platforms with cover art by Julie Cunnah.

Ian Fortnam: “Between them, these compositions form the next chapter of the Sontaag story. The conclusion of the album saw our lead character drifting away from a scene of total annihilation into an uncertain future. These songs reflect our hero's innermost thoughts. ‘Beyond Forever’ finds him lost, alone, permanently social distanced, but ultimately optimistic, while ‘Back To My Soul’ has him searching for spiritual redemption while mourning for all that’s gone. If our first chapters were set in outer space, these next instalments play out in a terminally locked-down inner space.”

Richard Sontaag: “‘Beyond Forever’ has a kind of James Bond theme feel to it. Ages ago, I remember going to a film studio in Ealing and watching them cut together the opening credits of a Bond film, and that was a lot of fun. When we were writing ‘Beyond Forever,’ I was thinking of something that could play over a really spaced-out Bond opening. As for ‘Back To My Soul,’ I like riffs, but I’m also interested in the traditional craft of songwriting. ‘Back To My Soul’ is an attempt to combine the two.”

Steve George: “When my best buddy and I experienced the joy of playing an electric guitar for the first time, we didn’t have an amp, so we commandeered his brother Richard’s old Vox AC30. The amp kept cutting out, but that did not ruin the thrill of reproducing the riffs of ‘War Pigs,’ ‘Silver Machine’ and, sadly, ‘Smoke on the Water.’ So playing with Sontaag all this time later means that things have kind of come full circle for me.”

“Progressive restored to its original sense. By referencing the last five decades of music and film, Sontaag create a highly original sci-fi morality tale for the future, and one of the year’s most unusual listening experiences, itself crying out for movie status.” 8/10 - Classic Rock

“Just download it to your brain from the nearest orbiting space station.” - Huey Morgan, BBC Radio 2

“A spectacular collision of British eccentricity and dramatic storytelling.” - Line Of Best Fit

“Sontaag have created one of the year’s most unusual listening experiences with this 21st century take on a sci-fi morality tale.” - Shindig 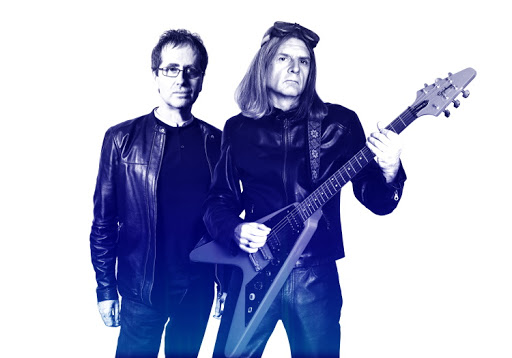