ProgStock Festival, the American Northeast’s Only International Progressive Rock Festival, is proud to bring you the ProgStock Presents Virtual Series.

The pandemic has closed music venues and brought in-person live music performances to a screeching halt. Accordingly, we have had to cancel ProgStock 2020. We don’t know how long we will have to wait before it will be truly safe to stage a festival, but we will be back! Meanwhile, we will be bringing music right to you with some great shows from artists performing live in their homes or home studios. The series is being presented every Saturday night, 5PM – 10PM US Eastern and started on August 1, 2020.

The individual performances on StageIt are separate shows. Audience members will purchase a ticket to each performance individually, not the whole night as a block. Some shows will be 45 minutes and others will be 90 (or longer), so we may have as few as three shows or as many as six each night, with some nights starting at 4PM US Eastern to accommodate artists streaming from Europe.

On October 10th and 11th, 2020, ProgStock is taking its Virtual Series to the next level by bringing you Virtual ProgStock 2020. ProgStock, the American Northeast’s only international progressive rock festival, will come to you virtually with full-production, full-band performances streamed live from the Hamilton Stage Theatre of the Union County Performing Arts Center in Rahway, New Jersey on October 10th, and from the Temple Stage at Tellus360 in Lancaster, Pennsylvania on October 11th and will feature Total Mass Retain YES Tribute Band, Solar Federation – A Rush Tribute, Mile Marker Zero, Cell15, Gnarbot, and Crack the Sky! 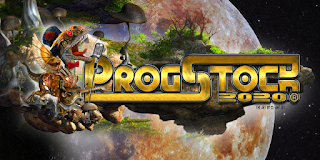 StageIt is all about experiencing music in the moment, duplicating the live music experience as closely as possible. You have to be there to see it, just like you would in a venue, so shows are only available on their site during the performance window.